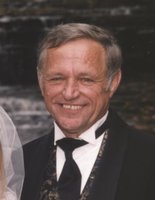 He was born April 23, 1947 in Mayfield, the son of Harold and Doris Frank Blowers. He was a 1966 graduate of Mayfield High School and then served in the US Army from 1966 to 1968. He was employed as a delivery person at Livingston's Furniture Inc. of Gloversville for 49 years until this year.

Fred loved to fly his Aeronica Champ airplane after attaining his pilot's license at age 61. He enjoyed working with his John Deere tractors and in his earlier years he enjoyed hunting and fishing. He was member of the EAA 602 Adirondack Chapter Flying Club and a past member of Pine Tree Rifle Club.

He is survived by his companion, Donna B. Kenney of Mayfield; a daughter, Missy Blowers Summerfield (Michael) of Selkirk; three sisters, Dona Knapp of St. Johnsville, Joan  Coadney (William) of Glens Falls and Nancy Coffman of Ohio; a brother,  Paul  Blowers (Debbie) of Las Vegas; two granddaughters, Samantha  Summerfield and Lily  Summerfield; the two loves of his life, Baily and Riley; as well as several nieces and nephews.

He was predeceased by his parents; a daughter, Georgianna; and two brothers, Gene Blowers and Dean Blowers.