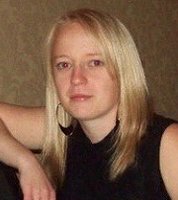 Abigail M. (King) Jackson, 35, of Amsterdam, NY died suddenly in a tragic car accident on Saturday, October 6, 2018 with her husband Adam Jackson, her three sisters Mary Dyson, Allison King, and Amy Steenburg as well as her brothers-in-law Robert Dyson and Axel Steenburg, and several other friends.

She was born November 11, 1983 in Plattsburgh, NY to Linda and Thomas King. Abby was a graduate of Greater Amsterdam School District and Cortland State University. She received her Master’s Degree in Education from Albany University, and became a beloved teacher at Lynch Academy in the Greater Amsterdam School District. Abby enjoyed coaching her daughter Archer’s soccer team in Amsterdam, and was a devoted wife to Adam and a loving mother to her precious daughters Archer and Elle.

Calling hours will be Friday, October 12, 2018 from 3 o’clock to 7 o’clock in the evening at St Stanislaus Roman Catholic Church, 50-52 Cornell St, Amsterdam. A Mass of Christian burial will be celebrated on Saturday, October13, 2018 at St Stanislaus Roman Catholic Church at 1 o’clock in the afternoon. Private burial will occur at the convenience of the family. In lieu of flowers donations may be made to Archer and Elle Jackson, and Isaac Dyson for their futures.