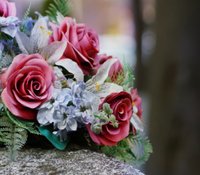 Marilyn J. Lanphere, age 83, of Gloversville, passed away Monday, December 17, 2018 at her home with her family by her side.

She was born July 22, 1935 in Gloversville, the daughter of the late Joseph and Lillian Cavaliere Ferrara. Marilyn was a 1953 graduate of Gloversville High School and was later employed at the former Sears, Roebuck & Co. in Gloversville. She retired from Lamie's Auto Supply in 1997.

Marilyn was married to Robert B. Lanphere on October 21, 1956. He passed away October 18, 2007 following 51 years of marriage. She was also predeceased by a son, Robert M. Lanphere on June 21, 2003. She is survived by a son, Gregory S. Lanphere; a sister, Cecile  Zajaceskowski; a daughter-in-law, Cyndi Lanphere; four grandchildren, Jessica, Adam (Kayla), Jared (Sara) and Christopher; eight great-grandchildren, Kyle, Alyssa, Kaiden, Robert, Penelope, Bailey, Violet and Augustus; as well as several nieces, nephews and cousins.

Private visitation and services will take place at the convenience of the family at Walrath & Stewart Funeral Home, Gloversville.

Interment will take place in the spring at Mount Carmel Cemetery, Johnstown