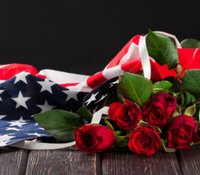 Mr. Lowe was employed for many years as an educator.  He was a Professor at the University of Pennsylvania.  Education was a key part of his life.  Upon moving to the Fonda area he became the owner and operator of Mohawk Sand and Gravel.

He was a quiet and gentle man with a deep respect and passion for continued education.  A lover of good jokes amd bad puns!  Larry enriched the lives of all he met with kindness and simple dignity.  Those who knew him, will miss him.  Those who loved him, are now deeply mourning.

He married Marie-Coenen on January 12, 1967.  In addition to his loving wife he is survived by his Brother, Frank Lowe of Florida.  Many friends also survive.

It was Mr. Lowe's wish that there be no funeral services.  Arrangements have been entrusted to the Jackson and Betz Funeral Home, 15 Main St. Fultonville, NY 12072.  Please leave condolences online at www.brbsfuneral.com