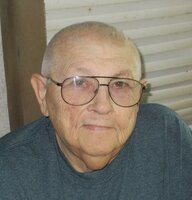 A lifelong area resident, John was born in Amsterdam, NY on January 17, 1942.  He was the son of the late John W. Scheuer Sr. and Edith (Muselbeck) Scheuer.

John attended Schalmont High School before being employed at Salisbury Chevrolet in Ballston Spa, NY.  After leaving Salisbury's he was employed by the Schenectady County Highway Department as a heavy equipment mechanic until his retirement in 1997.

John is survived by his wife Linda (Blumenstalk) Scheuer whom he married on August 2, 1969.  He is also survived by his siblings Richard (Susan) Scheuer of Schroon Lake, NY and sister Janet (Gilbert) Badger of Crossville, TN.  Additional survivors include nephews, Gilbert Badger III, and Steven McDonald. Nieces, Caroyln Badger, Marissa Mingus and Paige Mingus Donatelli.  He is also survived by several great-nieces and nephews.   His nephew, Brian Badger predeceased him.

John was a member of Christ's Church of the Hills, 4809 Mariaville Road, Schenectady, NY 12306 where at various times he served as both a Deacon and a Trustee.

John loved to travel with his wife in their various R.V.s.  He liked to say that he had been to all of the continental states and would not be going to Hawaii as there was no road.  He was an active member of both the Good Sam Club and Gulfstreamer's R.V. Club.  He enjoyed serving as President of the NY Gulfstreamer's for many years.

A Service in Celebration of his life will be held at a future date.  Donations in John's name may be made to Christ's Church of the Hills or to the Pattersonville Volunteer Fire Department, 5279 Pattersonville-Rynex Corners Rd., Pattersonville, NY 12137.  Arrangements have been entrusted to the Betz, Rossi & Bellinger Family Funeral Home, 171 Guy Park Ave, Amsterdam, NY 12010.  Please leave condolences online at www.brbsfuneral.com.