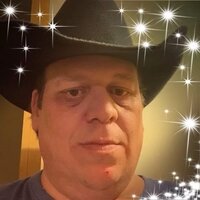 Richard worked for many years for Hannaford Supermarket in Gloversville. He was later employed as a Cab Driver for Glove City Transportation.

He was an avid fan of Stock Car Racing, particularly Dirt Track racing, and he enjoyed watching NASCAR races, his favorite driver being Jeff Gordon. Richard also enjoyed spending his time fishing, and was a CB Radio enthusiast, going by the handle “Knight Rider.”

Aside from his parents, Francis and Linda, Richard is preceded in passing by his step-mother, Susan Mosher, and his niece, Casondra L. Palmer.

A Celebration of Richard’s Life will be held privately, at the convenience of his family. Memorial contributions may be made in his memory to the James A. Brennan Memorial Humane Society, 437 Nine Mile Tree Rd, Gloversville, NY 12078.