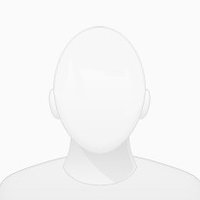 Justyna Koszyk Siryj, 86, formerly of High Street, passed away Sunday afternoon at Montgomery Meadows after a lengthy illness. Born in the Ukraine on Feb. 18, 1919, the daughter of Hrytory and Katherine Car Koszyk she emigrated to the United States in 1950. She was a graduate of the St. Clare?s Hospital Nursing School and was employed for many years as a nurse?s aid at St. Clare?s and later as a private duty nurse before she retired. Justyna also worked at the Hallmark Nursing Centre in Schenectady for a time. She was a communicant of St. Nicholas Ukrainian Catholic Church and was a member of the Inman Seniors. In 1942 she married Ignatius Siryj in the Ukraine. He predeceased her in 1961. She is survived by: a sister, Anna Jaremecko, nieces and nephews in the Ukraine and several cousins in the United States. Services are Thursday at 8:15 am at the Betz, Rossi & Bellinger Family Funeral Home, 171 Guy Park Avenue, followed by the Divine Liturgy at 9:00 am at St. Nicholas Ukrainian Catholic Church, 24 Pulaski Street. Fr. Marian Kostyk, celebrant. Interment is in St. Nicholas? Cemetery. Calling hours are Wednesday from 5-7 pm at the funeral home where the Panachyda will be held at 6:00 pm. Contributions may be made to St. Nicholas Ukrainian Catholic Church, 24 Pulaski Street, Amsterdam 12010. Please sign her guestbook at www.brbsfuneral.com