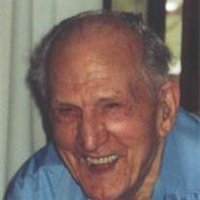 Mr. Gerard E. La Vallee, age 86 of Gloversville, passed away Friday evening, March 18, 2005 at Nathan Littauer Hospital, Gloversville, after an extended illness. He was born April 13, 1918 in Montreal, Canada, the son of Joseph and Antoinette Couture La Vallee, and came to Gloversville in 1930. He enlisted in the US Army during World War II and proudly served throughout the Pacific theater. He rose to the rank of sergeant and his awards included the Purple Heart and the Bronze Star. He was employed by General Electric Company for over 30 years, retiring in 1980. Mr. La Vallee was a member of Sacred Heart Church, and the Fulton County DAV Chapter #122, both of Gloversville. He is survived by his beloved wife of 59 years, Shirley F. Bennett La Valle. They were married October 6, 1945. He is also survived by his children: Robert M. Ginger La Vallee and Gerard J. Kimberly La Vallee of Gloversville, Cindy L. La Vallee of De Witt, NY; Tamie L. David White of Gloversville, and Sean K. Sara Solomon La Vallee of Ann Arbor, MI. Additionally, he is survived by his granddaughters, Cristin and Stephanie White, his brother John La Vallee of Johnstown and his sister, Helen Baker of Bonneau, SC; as well as brothers and sisters in law and numerous nieces, nephews and cousins. The family will receive friends from 4 to 8 PM Monday at Walrath & Stewart Funeral Home, 51 Fremont St., Gloversville, where a prayer service will held 9:15 am Tuesday, followed at 10:00 am by a Mass of Christian Burial at Sacred Heart Church with the Rev. Donald Czelusniak as celebrant. Interment will take place at FernDale Cemetery, Johnstown. Memorial contributions may be made to St. Judes Research Hospital, P.O. Box 3704, Memphis, TN 38103.