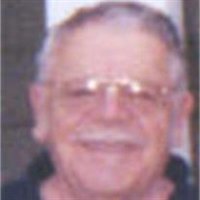 Leland G. ?Lee? Penman, 79, of Northern Blvd., passed away peacefully Tuesday morning at the Stratton VA Medical Center with his wife at his side. Born in Syracuse, NY on July 2, 1925, one of ten children of Edward and Irene Lynch Penman, he moved to Amsterdam upon his marriage in 1952. He has resided here since. During World War II, he proudly served his country as a private in the US Army. A Prisoner Of War, he was captured in Germany and liberated in 1945 at the war?s end. For nearly twenty-five years, the General Electric Company in Schenectady employed Lee as a heavy crane operator. He retired in 1971 due to disability. An avid outdoorsman, Lee loved to fish, hunt and canoe. He had a talent for woodcarving and was an excellent woodcrafter, making and selling birdhouses and seasonal crafts at the Vail Mills Information Center. He was a communicant of St. Casimir?s Roman Catholic Church. On August 31, 1952, he was united in marriage to the former Phyllis Palilunas. In addition to his wife, his loving family includes his children: Gary R. and his wife Victoria Penman of Pattersonville, Ann M. Seeley of Amsterdam and the late David Lee Penman who passed away August 4, 1988. A brother, William Penman of Tucson, AZ and a sister, Mary Beggs of Hunlock Creek PA; his grandchildren: Joseph & Kimberly Penman, Robert, Kristin & Janice Seeley as well as nieces, nephews and his canine companion Sandy survive. His predeceased siblings were Edward, Lucille, Dorothy, Robert, Charles, John and Patrick. Services are Saturday at 8:30 am at the Betz, Rossi & Bellinger Family Funeral Home, 171 Guy Park Avenue, followed by the Mass Of Christian Burial at 9:30 am at St. Casimir?s Church. Fr. Stanley J. Swierzowski celebrant. Interment with military honors will follow in St. Casimir?s Cemetery. Calling hours are Friday from 5-8 pm at the funeral home. Contributions may be made to St. Casimir?s Memorial Fund, or the Montgomery County SPCA both in care of the funeral home. Please sign the family?s guestbook at www.brbsfuneral.com