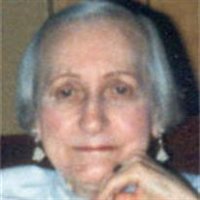 Reta Ropka, 88, formerly of Forest Avenue, Amsterdam, died Monday morning at the Montgomery Meadows since being a resident since November of 1998. Born January 5, 1917, in Fultonville, New York, she was the daughter of Floyd C. and Minnie B. Osterhout Ingalls. She was a homemaker and was a member of St. Luke?s Evangelical Lutheran Church in Amsterdam. On August 22, 1936, she was married to Harry Ropka, who died 1969. Survivors include; several nieces, nephews, grand- nieces and grand- nephews. Reta was predeceased by her brothers and a sister, Vernon, Louise, Harvey, Charles and Kenneth. Funeral services will held on Thursday evening at 7:00 p.m. at the Betz, Rossi & Bellinger Family Funeral Home, 171 Guy Park Avenue, Amsterdam with the Rev. Gregory Cercone officiating. Burial will take place in Fairview Cemetery in Amsterdam. The family will receive relatives and friends on Thursday from 6 to 7 p.m. at the funeral home. In lieu of flowers memorial contributions may be made in Reta?s memory to the Life Saver Ministries, 1863 Co. Hwy 107, Amsterdam, N.Y. 12010 ?Please sign our guest book at www.brbsfuneral.comm.?