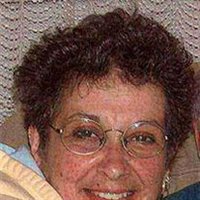 MaryBeth Schmidt, 56, of Brookside Avenue, passed away peacefully late Sunday evening at St. Mary?s Hospital with her family at her side. Born June 1, 1948 in Amsterdam, she was the daughter of the late James and Jennie Palombo McGrath. Educated locally, she lived here her entire life. For fourteen years, MaryBeth enjoyed working as a teacher?s aide for students with special needs at the Lynch Middle School. Her passion for painting, art, and watercolors resulted in many fine works in the medium, some of which were recognized with distinct awards and accolades. Her ?Inspirational Series? is a special collection of works that is now showcased in the Amsterdam Oncology and Hematology Center, and continues to provide the afflicted with Soul, Hope and Peace and Life. She was a constant source of support and encouragement for the patients, professionals and staff as well as her friends and family. Her greatest joy was the arrival of John Jorgio Carbone, her first grandchild, in October of last year. He provided grandma with the same inspiration that she had provided to others through her artwork and personal demeanor, and his presence filled her remaining months of her fight with pure happiness. This happiness bestows those left behind with peace of mind and comfort in knowing that her transition was serene and filled with tranquility. She was currently the president of the Teachers Aide Unit of the CSEA. An accomplished artist, she exhibited her watercolor paintings locally at the Walter Elwood Museum as well as other local galleries. She was well known for the beautiful calligraphy that she drew for many area businesses and organizations. MaryBeth was a lifelong communicant of St. Michael the Archangel Roman Catholic Church. On August 12, 1972, she was united in marriage to Jorg Schmidt. In addition to her beloved husband, she is survived by her loving children; a son, Dr. Jamie G. Schmidt of Jacksonville, N.C.; her daughter: Kristen and her husband Anthony Carbone of Amsterdam; her grandson, John Jorgio Carbone, an aunt and several cousins also survive. Services are Thursday at 8:15 am at the Betz, Rossi & Bellinger Family Funeral Home, 171 Guy Park Avenue, followed by the Mass Of Christian Burial at 9:15 am at St. Michael The Archangel Church. Fr. Lawrence J. Decker, celebrant. Calling hours are Wednesday from 4-8 pm at the funeral home. It is the request of the family that contributions be made to the St. Michael?s Church Memorial Fund, The Walter Elwood Museum, or the American Cancer Society, all in care of the funeral home office. Please sign the family guestbook at www.brbsfuneral.com MaryBeth?s family is most grateful to the entire staff of St. Mary?s Hospital for the care and concern shown to her.