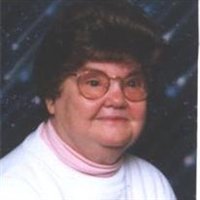 Mrs. Evelyn Voorhees Ferguson, age 75, of S. Main St., Gloversville, died Saturday, March 5, 2005 at Ellis Hospital, Schenectady, following a short illness. She was born February 12, 1930 in Amsterdam, the daughter of Foster and Marjorie Craig Voorhees. A 1947 graduate of Johnstown High School, Evelyn was employed years ago by the former General Telephone Company in Johnstown. She later worked as a home health aide for Catholic Family Services. Mrs. Ferguson was a member of the Seventh Day Adventist Church of Gloversville where she held several offices over the years, and the Fulton County D.A.R. She is survived by three children, Carol McArdell of Colorado, Virginia Scalia of Connecticutt, and John R. Henley of Gloversville; two brothers, Robert E. Voorhees of E. Syracuse and Craig Voorhees of Maryland; and two grandchildren. She was predeceased by her husband Harry Ferguson in 1986, and also by her son Robert McArdell. The family will receive friends from 5 to 7 PM Monday at Walrath & Stewart Funeral Home, 51 Fremont St., Gloversville, where a funeral service will be held at 10:00 AM Tuesday. Interment will take place at Evergreen Cemetery, Fonda.