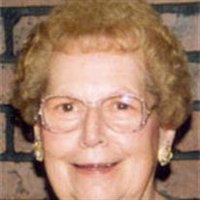 Anne M. Strosz, 84, of Amsterdam, passed away Thursday morning at St. Mary?s Hospital. Born in Johnstown, NY a daughter of Albert and Marie Guyson Gutha. She was a Graduate of the former Estee High School in Gloversville. Anne first was employed for St. Thomas Inc. of Gloversville. She then worked for General Electric in Schenectady during World War II, the former Mohawk Carpet Mills in Amsterdam, Beech Nut in Canajoharie and the former Chalmers Knitting Mills in Amsterdam. She last was employed as a machine operator for the former Hagaman Manufacturing Co. retiring in 1986. She was a Communicant of St. Mary?s Roman Catholic Church in Galway, NY. She was also a member of the Perth Seniors, Galway Seniors and Ladies Auxiliary of the VFW Post 8690. She was also a past member of the Women of the Loyal Order of the Moose #351 in Gloversville. She married Frank S. Strosz on February 14, 1946 he passed away in October of 1997. Survivor?s include- One Daughter- Karen M. Hermance and her husband Charles of Amsterdam, NY. Two Grandchildren- Jason and Jamie Hermance of Rochester, NY Cousins also survive. Anne was pre-deceased by stepfather Roy Leavenworth. A Mass of Christian Burial will be held on Saturday March 5, 2005 at 1:00P.M. at St. Mary?s Roman Catholic Church, Galway, NY. Interment will be in St. John?s Cemetery, Amsterdam. The family will receive relatives and friends on Friday from 5-7P.M. at the Betz, Rossi and Bellinger Family Funeral Home, 171 Guy Park Ave, Amsterdam, NY. Memorial contributions may be made to the Galway Volunteer Ambulance Corps. Please sign our family guestbook at www.brbsfuneral.com.