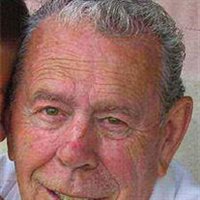 Michael P. Sollecito, 72, of Glen Avenue, passed away Thursday evening at Ellis Hospital in Schenectady with his loving family at his side. A lifelong resident of Amsterdam where he was born on January 28, 1933, he was the son of Michael and Serafina Centzone Sollecito. Following his graduation from Wilbur H. Lynch High School in 1950, he entered the US Navy where he served his country as an aviation machinist mate aboard the USS Philippine Aircraft Carrier during the Korean War. He worked for Local 157 of the Schenectady Laborer?s Union for 35 years. In 1993 he retired and this accorded him the opportunity to devote more time to his grandchildren. He was an avid hunter and fisherman. His other passions were traveling, the opera and the theater. He also loved to play bocce and was a member of the Port Jackson Bocce Club, of which he was past president; the Rotterdam Italian American Bocce League and the Columbian Social Club. In his earlier years, Mike also enjoyed bowling. He was a communicant of St. Michael The Archangel Roman Catholic Church. It was there on October 11, 1959 that he was married to the former Mary Sinicropi. In addition to his beloved wife, he is survived by his devoted children; Michael P. Sollecito and his wife Sherry of Amsterdam; Salvatore M. Sollecito of Boca Raton, Fla., Diane Sollecito of Amsterdam and Carmella Sollecito Pritchard and her husband Peter of Hagaman; his loving grandchildren, Geena M., Michael D., Salvatore ?Torre? and Dre Sollecito; Marcus & Giuliana Pritchard; his mother in law, Carmella Sinicropi of Amsterdam; a brother, John and his wife Victoria Sollecito of Amsterdam; sisters: Rose Fraumeni and her husband Donald of Amsterdam, Philomena Merritt of Hagaman Eleanor Hutchins of Saratoga, and a half sister, Nellie Schaffer and her husband David of Colonie. His other siblings, Dominic Sollecito, Anna Zegarelli, half sisters, Josephine Anostario, Domenica ?Minnie? Olschak, Mary Martuscello and half brother, Vincent Sollecito all predeceased him. Nieces, nephews, cousins and aunts and uncles also survive. Services are Monday at 8:15 am at the Betz, Rossi & Bellinger Family Funeral Home, 171 Guy Park Avenue, followed by the con-celebrated Mass Of Christian Burial at 9:15 am at St. Michael The Archangel Church. Frs. Victor Polito and Pascal Iannotti, celebrants. Interment is in St. Mary?s Cemetery, Ft. Johnson. Calling hours are Sunday from 3-6 pm at the funeral home, where at 5:00 pm the Columbian Social Club will gather for prayers. Contributions may be made to Mike?s favorite charity, the Salvation Army, Market Street, Amsterdam, New York 12010 Please sign the family?s guestbook at www.brbsfuneral.com