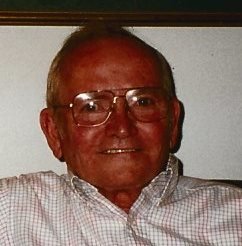 Obituary of Samuel A. Blackmon

Samuel A. (Sam or S.A.) Blackmon, Age 90, of Johnstown, passed away on Thursday, May 31, 2018 at Mountain Valley Hospice, in Gloversville, with his family by his side. Samuel was born April 18, 1928, in Bartlett, Texas, to Samuel and Kate Blackmon. He married his, love, Jane Ann Easterly, on April 30, 1948.  Samuel retired from the Johnstown Knitting Mill after some 45 years where he supervised 200 women as production manager of the sewing floor.

One of the more memorable things he did, was creating a group for the Bicentennial Celebrations for Johnstown, New York in 1958, called “The Fuzzy Wuzy Sons of Molly Bran”. The group of 27 young men, who all grew beards & wore colonial costumes, marched in the huge parade in July of 1958.

Sam Blackmon served in the 511th U.S. Army Airborne – Parachute Infantry and was stationed in Japan at the end of WW II during the occupation of Japan.

Visitation for family and friends will be on Monday, June 4, 2018 from 3 to 6 p.m. at Walrath & Stewart Funeral Home, 51 Fremont St., Gloversville, where a brief service will follow at 6 p.m.

A reception will follow in the Great Room at the Mountain Valley Hospice, 108 Steele Avenue, Gloversville, NY 12078.

To send flowers to the family or plant a tree in memory of Samuel Blackmon, please visit Tribute Store
Print
Monday
4
June