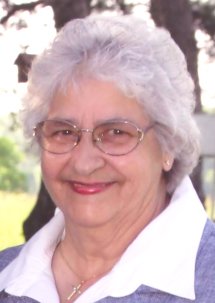 Elizabeth “Tish” Ann (Keosaian) Dopp age 83yrs of Amsterdam, NY passed away June 15, 2018 and is now in the hands of the Lord. She was born in Poughkeepsie, NY on March 25, 1935, and is the daughter of the late Harry and Edith (Helen) Keosaian.

Besides her parents she is predeceased by her husband whom she married on April 25, 1954 Washington C. Dopp, who passed away September 19, 2005. Sisters and Brother, Elsie Walsh, Helen Romano, Virginia  Chakmakian,  and Raymond Keosaian.

During her lifetime she worked at the former Homer and Bea’s Diner, she was a homemaker in her later years.  She was a member of local senior centers.  She enjoyed trips and excursions and would take you up on a trip to any bingo hall.

As per Elizabeth’s wishes her services are private and at the convenience of her family. Donations in her memory may be made to the Montgomery County ARC 43 Liberty Drive,  Amsterdam, NY 12010.

Online Condolences may be made at www.brbsfuneral.com.

To send flowers to the family or plant a tree in memory of Elizabeth Dopp, please visit Tribute Store
Print
Share A Memory
Send Flowers