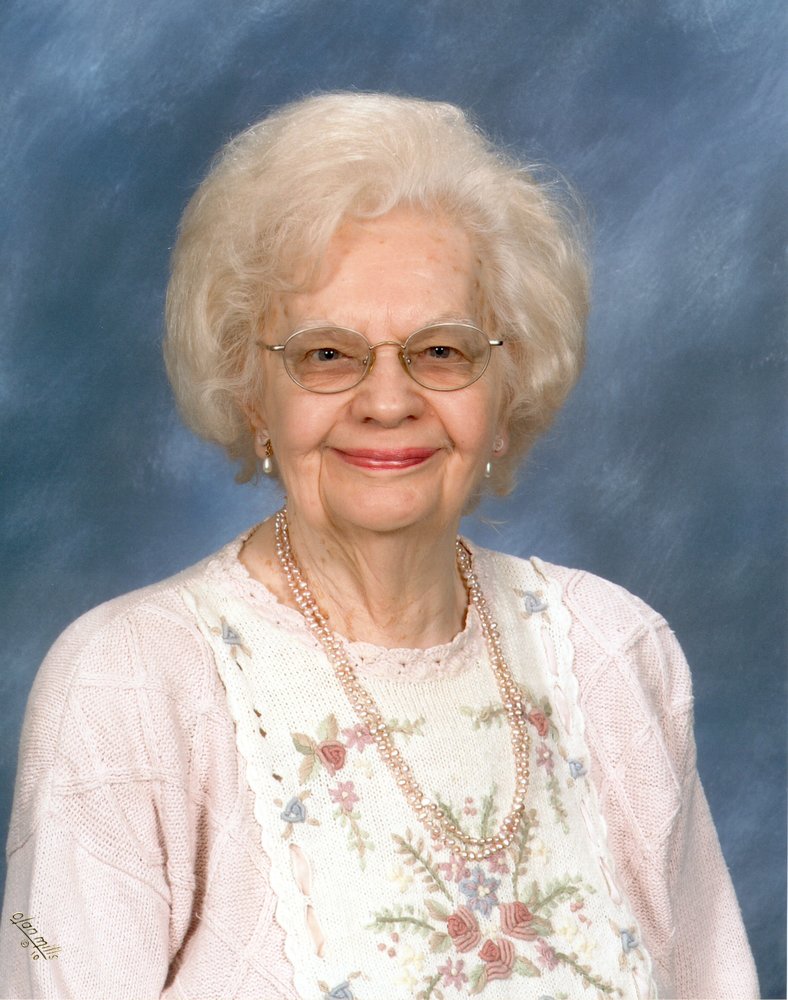 Pat was the gentlest of souls and was completely devoted to the well-being of her children and extended family. She was an amazing mother, grandmother, and great-grandmother. Pat was extremely generous with her time and money, very compassionate, and was always thinking of how to help others. Family and friends could always count on Pat to be their rock when there was a time of need.

Born on January 12, 1922 to the late Frank and Laura Jean (Jennings) Keltz, Pat was a graduate of Latrobe High School in Latrobe, PA, and a graduate of Grove City College (PA), earning a Bachelor's Degree in Music. Pat later graduated from Penn State-Harrisburg with a Master’s Degree in Education.

Pat was employed as a school teacher in Harrisburg PA and then Ligonier PA, before moving with her family to Amsterdam in 1974. Pat enjoyed working as an organ and piano teacher out of her home, and also as a music teacher at the former Morrison and Putnam Music Store in Amsterdam.

Dedicating her life as an organist for many churches in the various communities in which she and her family resided, Pat displayed her talents beginning at age 12; eventually retiring in 2010 as the Organist for St. Luke's Evangelical Lutheran Church. At the time Pat said, "There are 88 keys on a piano, and I am now 88 years old…time to retire.”

In addition to teaching music and serving Amsterdam area churches as an organist, Pat enjoyed volunteering at the AMEN Soup Kitchen in Amsterdam, as a musician. She served as a Director for the Littlest Angels Preschool at the Emmanuel Presbyterian Church for over 10 years, and also served on the Board of Directors, as well as being Treasurer, at the Sanford Home in Amsterdam. She was also associated with Amsterdam Area Community Concerts, and was the accompanist for many local musical productions.  Pat was an excellent Bridge player and a member of many Bridge groups in the area.

A Service of Remembrance for Patricia K. Bonaker will be conducted on Friday, September 14th at 11 o’clock in the morning at the Betz, Rossi & Bellinger Family Funeral Home, 171 Guy Park Avenue, Amsterdam, NY with the Reverend Dr. John A. Califano presiding.  Private Interment will take place at Fairview Cemetery in Amsterdam.

Relatives and friends are invited to call on the family from 4 o’clock to 7 o’clock on the evening of Thursday, September 13th at Betz, Rossi & Bellinger Funeral Home. An additional calling hour will be held on Friday, September 14th at 10 o’clock in the morning prior to the service.

Heaven must be a better place today with the sounds of the sweet music Pat Bonaker is bringing up there with her!

To send flowers to the family or plant a tree in memory of Patricia Bonaker, please visit Tribute Store
Thursday
13
September