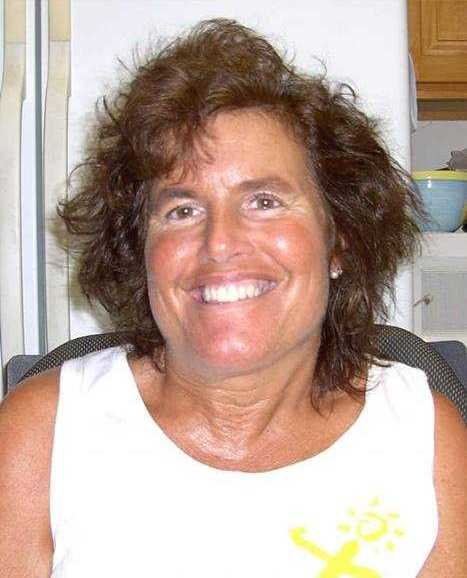 Kathryn Joan Phillips Spira, age 58, of Caroga Lake, passed away after a long battle with Multiple Sclerosis, Wednesday, October 17 at Nathan Littauer Hospital, Gloversville, with her life partner, Richard Nilsen at her side.

She was born April 12, 1960 in Cleveland, Ohio, to the late Margaret Leowenthal Phillips (Spira) and Arnie Phillips and was the beloved adopted daughter of Joseph Spira, all of whom predeceased her.

Kathryn attended Indiana University until she was recruited by the American Repertoire Theater Company to tour with their ARTReach troup, then moved to New York City where she was an aspiring actress in off-Broadway plays, had bit parts in TV soap operas and even an extra on the set of the original Ghostbusters. She then moved to Hollywood where she had various bit parts in movies such as The Doors. When she moved to Upstate New York she met her life partner Richard Nilsen, finished her Bachelor of Arts degree in Expressive Arts with Empire College and began a 23-year run as the Sunday Leader-Herald arts and entertainment columnist of Kathryn’s Korner as well as authoring the website www.kathrynskorner.com for many years. She authored two memoirs: In Kathryn’s Korner and Training Wheels as well as the combined volume, From Hollyweird to the Back Woods. She was a board member for a decade each of the Fulton County Planning Board, Fulton County Big Brothers-Big Sisters and the Gloversville Jewish Community Center. For the past several years she was also the TV NEWS CH-10 weather watcher for Caroga Lake reporting nightly to Chief Meteorologist Steve Caporizzo. Her huge smile and outgoing personality lit up any room she was in.

Besides her life-partner, she leaves behind a sister, Debbie Phillips (Mitchell) Cohen, of Chicago, nieces, a nephew and grand-nephews.

Along with her parents, she was predeceased by her sister Linda (Howard) Bliss.

As a lover of rescue animals she would like contributions in her name to go to the animal rescue or humane society of your choice or to Mountain Valley Hospice of Gloversville.

An informal Jewish graveside service will be held Friday, October 19, at 11:00am at the Knesseth Israel Cemetery, Clyde St. Gloversville.

To send flowers to the family or plant a tree in memory of Kathryn Spira, please visit Tribute Store
Friday
19
October