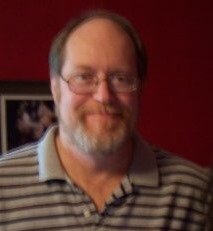 Mr. William D. Bonafede, 57, of Amsterdam, passed away unexpectedly on Friday morning at his home.

Born in Amsterdam, NY on May 25, 1961 a son of the late David James and Margaret E. Bradt Bonafede.  William was a lifelong Amsterdam resident and was a 1979 graduate of Amsterdam High School.   He went on to attend Daemen College and the University of Buffalo.

William lived for a time in Buffalo before returning to Amsterdam.

He was employed for over 12 years for Liberty ARC  in Amsterdam.  He most recently was the live in Assistant Manager at the Mathias Ave home.

William was very active in drama during high school.  He enjoyed listening to music especially the Beatles.  He was an avid NY Yankees and Buffalo Bills fan.  In his spare time he also enjoyed collecting Comic books.

Funeral services will be held on Tuesday April  16, 2019 at 6:00PM at the Betz, Rossi & Bellinger Family Funeral Home, 171 Guy Park Ave, Amsterdam with Father Jeffrey M. L’Arche presiding.  The family will receive relatives and friends on Tuesday April 16, 2019 from 3:00 to 6:00 PM at the funeral Home.  In lieu of flowers memorial contributions may be made to the Montgomery County SPCA, PO Box 484, Amsterdam, NY 12010.

To send flowers to the family or plant a tree in memory of William Bonafede, please visit Tribute Store
Tuesday
16
April