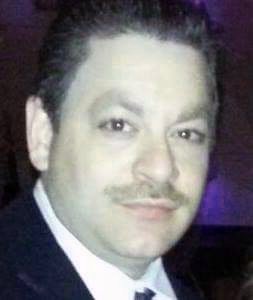 Peter Paul Provenzano, 45, of Broadalbin, NY was stricken suddenly in his home on Wednesday, April 24, 2019.  He was born on July 26, 1973 in Amsterdam, NY to the late Alfonso and Dorothy (Lampman-Naughton) Provenzano and was a 1991 graduate of Amsterdam HS.

The great loves of his life were his daughters and he was a wonderful father.  Peter had a heart of gold, was family oriented, mechanically inclined, and known for jumping at the chance to help others.  He was passionate about automobiles, snowmobiles, motorcycles, NASCAR races and especially living and boating on the Great Sacandaga Lake.

Peter followed his father’s footsteps and worked his entire life in the automotive industry.  He was the Parts/Fixed Operations Manager at James Chevrolet of Johnstown.  Years ago, he was sales manager of the former Fuccillo Pontiac Buick Jeep Eagle and a parts man at Alpin Haus.

He was also predeceased by aunts and uncles James and Nancy LaSala, John and Vincencia Weishaar, Charles and Adaline Provenzano, Harold Vilar, James Myers, Sr., and a cousin RoseMarie LaSala.

The family wishes to express their gratitude for your support, and in lieu of flowers would like to request that donations be made in Peter’s memory to the care of Maria Provenzano’s savings account at any NBT bank branch, so they may continue to maintain the home Peter’s father built and keep it in the family.