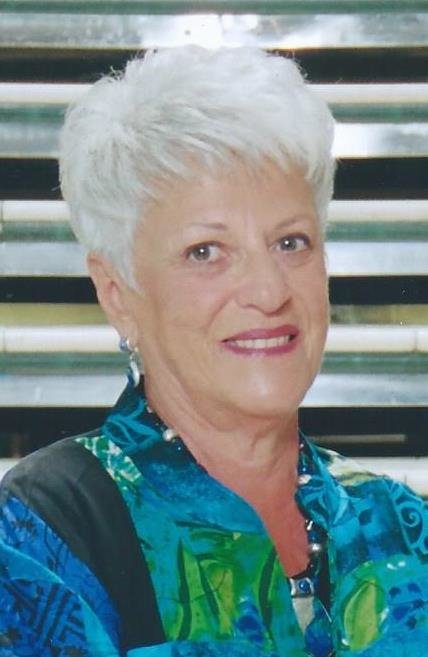 Elizabeth A. Gargiulo DiCaprio, 82 of Amsterdam, passed away on Wednesday, May 29, 2019 at home surrounded by her five children.  She was born on June 19, 1936, in Amsterdam, the oldest daughter of James and Marietta Gargiulo.

Although she won an audition with the Metropolitan Opera Company her desire to teach children prevailed and she began her career in 1958 in Gloversville teaching elementary music at all seven schools.  In 1959 she moved to Mount Holly, NJ while her husband served as a First Lieutenant in the Army and taught part time music until the birth of their second child in 1962.  After six years in New Jersey, she relocated with her family of four to Tribes Hill, NY and she resumed teaching music in Tribes Hill and Fonda-Fultonville and later at Estee Middle School.  With a family of five she decided to teach at Fonda-Fultonville where her children were receiving their education. She taught fourth and fifth grade reading from 1974 until her retirement in 1995.

She was an adjunct professor teaching Children’s Literature at Fulton-Montgomery Community College from 1990-1996.

She was a communicant of Sacred Heart Church in Tribes Hill for many years where she served as a lector, musician, Eucharistic Minister, Parish Council member, religious education teacher, Rosary Altar Society member and officer.  She was an organist and vocalist for countless weddings and funerals in Montgomery and Fulton Counties

She was a volunteer with the PTA, Fulton-Montgomery County Reading Council and member of the College of Saint Rose Alumni Association (Golden Roses Society).  She served on the Board of Directors of SOFCO and was an officer of the James and Marietta Gargiulo Scholarship Foundation.

In addition to her parents, she was predeceased by her husband Robert C. DiCaprio and her brother John Gargiulo. She is survived by her daughters, Lisa (Scott)McCoy of Johnstown, Mara (Scott)Buchanan of Ballston Lake; three sons, Dr. Robert (Patricia) DiCaprio of Schenectady, James (Denyce) DiCaprio of Florida, and David (Michayla) DiCaprio of Tribes Hill.

Bette said her greatest joy in 25 years of classroom teaching was her students and that her love and enthusiasm for teaching came from them.  In addition to her love of teaching  reading and music, the center of her life was her family and her faith.

The family would also like to extend a special thank you to her many caregivers who showed patience and love every day. Thank you to Community Hospice for their loving care.

A Mass of Christian Burial will be held on Monday June 3, 2019 at 11:00AM at St. Mary’s Roman Catholic Church, E. Main St., Amsterdam, with Fr. Pascal “Pat” Iannotti  and Father Jeffrey M. L’Arche concelebrating the Mass.    Interment will follow in St. Mary’s Cemetery, Ft. Johnson, NY.  The family will receive relatives and friends on Sunday June 2, 2019 from 2:00Pm to 6:00PM at  the Betz, Rossi & Bellinger Family Funeral Home, 171 Guy Park Ave, Amsterdam.   Memorial contributions may be made to the Community Hospice of Amsterdam, 246 Manny’s  Corners Rd., Amsterdam, NY 12010 or  the  Elizabeth A.  DiCaprio Scholarship Fund.

To send flowers to the family or plant a tree in memory of Elizabeth DiCaprio, please visit Tribute Store
Sunday
2
June