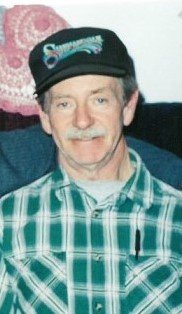 Mr. Dewey Lewis Webber, age 81, of Gloversville, passed away Monday October 28, 2019 at Albany Stratton VA Medical Center, Albany with his loving family at his side.

He was born October 8, 1938 in Malone, NY, the son of the late Harley and Esther Chamberlain Webber. He proudly served in the US Army and was later employed as a Toggler for Gloversville Embossing for many years. He was an avid outdoors man, known for his passion of gardening, he loved especially to go snowshoeing and hiking in the Adirondacks.

Dewey was of the Protestant Faith.

Along with his parents, Dewey was predeceased by his sister Meredith McGlaughlin (Gerald), his infant brother John Webber along with a brother in-law Allen Beach.

The family will receive relatives and friends from 2:00PM to 4:00PM, Friday November 1, 2019 at Walrath & Stewart Funeral Home, 51 Fremont Street, Gloversville where a Funeral Service will follow at 4:00PM.

Memorial contributions may be made in lieu of flowers to the The Zachary & Elizabeth Fisher House, 113 Holland Ave, Albany, NY 12208, to help support the veterans and their families at The Albany Stratton VA Medical Center.

Share Your Memory of
Dewey
Upload Your Memory View All Memories
Be the first to upload a memory!
Share A Memory
Send Flowers