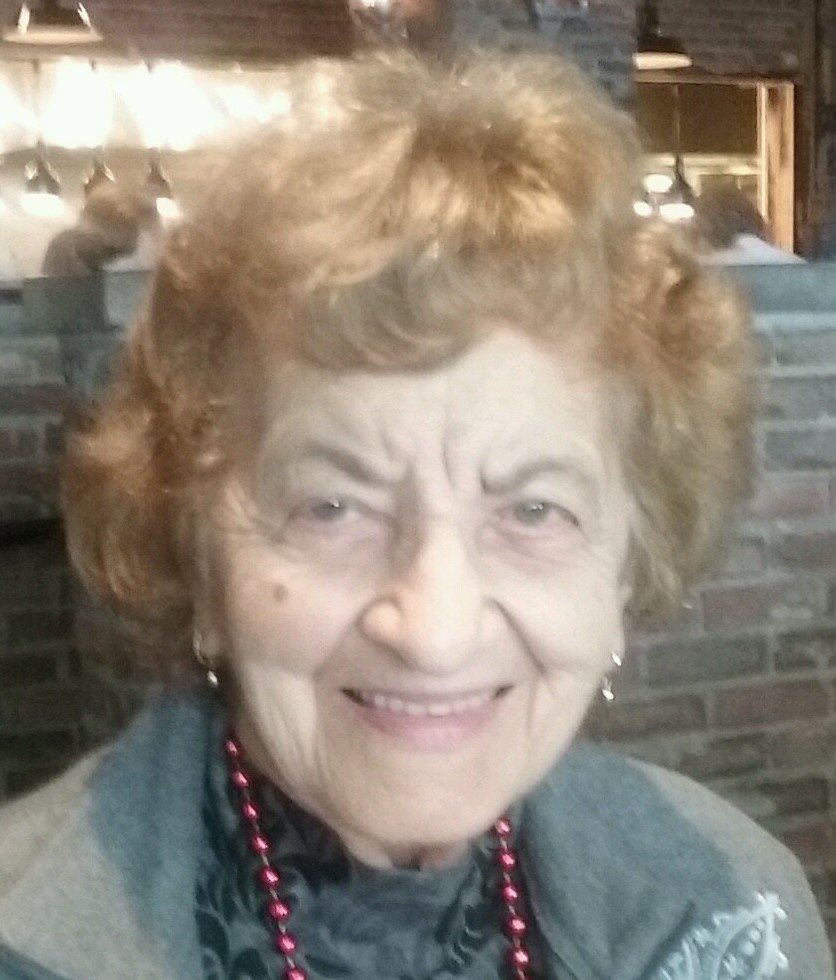 Lena (Testa) Bucciferro of Perth, NY passed away peacefully on Wednesday, October 30th at Mountain Valley Hospice House with her loved ones by her side. Born in Amsterdam, NY on November 6, 1922, Lena was predeceased by her beloved husband of over 61 years, Biagio (Butch) Bucciferro. Lena was a devoted mother, grandmother, and great-grandmother.

She was the proud grandmother of Jim (Tia), Amy (Matt), Erica (Kyle), Bruce, Renee, Alex, Biagio, Mason, and Antonio. She was also great-grandmother of Parker, Tanner, Jackson, and Blaise.

As the oldest daughter in a family of nine, Lena helped care for her siblings at the family home on Garden Street in Amsterdam. After graduating from Wilbur H. Lynch High School, Lena worked at GE during World War II. Years later she worked as a seamstress for several different companies with her life-long best friend Lena Believe.

After marrying Biagio she raised her five children. Lena’s generosity knew no bounds, opening her heart and home to everyone. Her welcoming nature, strong coffee, and delicious Italian food made her home in Perth the center of all activities for everyone that knew her, her family, and her children.

After her mother’s passing, Lena’s passion and devotion to her siblings and their families lifted her to the role of matriarch.

She was predeceased by her brothers Al, Fred (Mary), Tony (Pat), Frank (Helen), Joe (Theresa), and Tommy, her sisters Rosie and Mary, and her sister-in-law Catherine.

She leaves her brother-in-law Frank Bucciferro, sister-in-law Joanne Testa, and her numerous nieces, nephews, and godchildren she so deeply loved.

Calling hours will be held Friday November 1st from 4-8PM at the Betz, Rossi & Bellinger Funeral Home at 171 Guy Park Ave, Amsterdam, NY. On Saturday, November 2, a Service of Remembrance will commence at 10:30AM at the Betz, Rossi & Bellinger Funeral Home, where a time of sharing memories will be accorded to anyone who wishes. A Mass of Christian burial will follow at 11:30AM at St. Stanislaus Church 50-52 Cornell St, Amsterdam, NY celebrated by Fr. O. Robert DeMartinis.

In lieu of flowers, contributions may be made to the Mountain Valley Hospice House, 108 Steele Avenue, Gloversville, NY 12078.