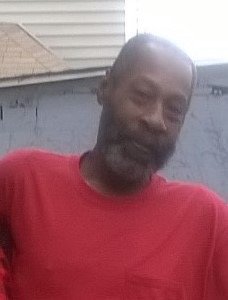 He was born October 16, 1953 in Gloversville, the son of the late of Allen Israel and Cora Mae Dupree Williams. He served in the US Air Force and was later employed as a Material Handler by the former Washburn Dairy of Gloversville. He was an avid fan of Reggae and Motown music. Mark was well known for his voice, being the lead singer for the local band The Rivelles in his younger days.

He was predeceased by both of his parents Allen Israel Williams, Sr. and Cora Mae Dupree Williams.

The family will receive relatives and friends from 10:00AM to 12:00PM, Monday November 11, 2019 at Walrath & Stewart Funeral Home, 51 Fremont Street, Gloversville where a Funeral Service will follow at 12:00PM with his brother Allen Israel Williams, Jr. officiating.

To send flowers to the family or plant a tree in memory of Mark Williams, Sr., please visit Tribute Store
Monday
11
November

Share Your Memory of
Mark
Upload Your Memory View All Memories
Be the first to upload a memory!
Share A Memory
Send Flowers