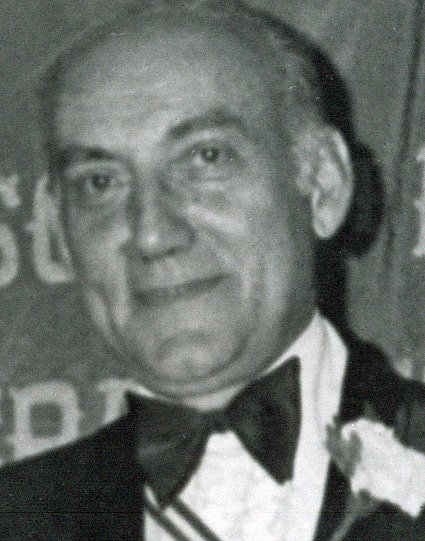 Born in Schenectady,  NY on September 8, 1923 a son of the late Nicholas and Helen Policastro Ferraro.

Lou was raised in Schenectady and was a graduate of the former Mt. Pleasant High School Class of 1941.  He moved to Amsterdam in 1948 upon his marriage.  He was a US Army Air corps Veteran of WW II serving in Europe.

Mr. Ferraro was employed by GE in Schenectady for over 45 years.  He worked as a Painter and was a part of the maintenance department.   He retired in 1996.

Lou’s Family would like to say thank you to the 3rd Floor Nurses and Staff at The E.L. Wilkinson Facility for the care given to their brother.

A Mass of Christian Burial will be held on Monday November 18, 2019 at 11:15 AM at Our Lady of Mt. Carmel Roman Catholic Church, 39 St. John St., Amsterdam  with  Father  O. Robert DeMartinis as celebrant.  Interment will follow in St. Michael the Archangel Cemetery, Amsterdam.   The family will receive relatives and friends on Monday prior to the Funeral Mass from 10:00AM to 11:00 AM at Our Lady of Mt. Carmel Church.   In lieu of flowers memorial contributions may be made to the Knights of Columbus Council #209,193 West Main St., Amsterdam, NY 12010.

To send flowers to the family or plant a tree in memory of Louis Ferraro, please visit Tribute Store
Monday
18
November