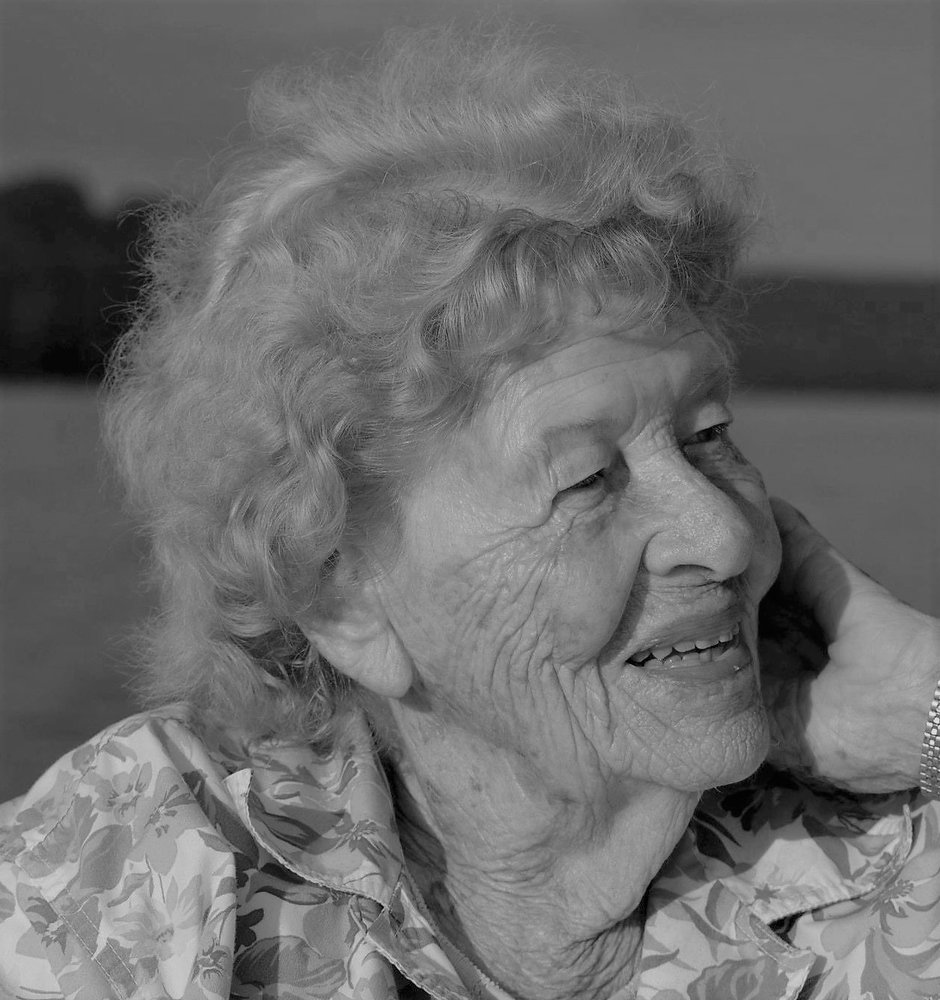 She was a graduate of Gloversville High School and the Gloversville Business School. She worked at the Chamber of Commerce for a short time before her marriage, then devoted her time to her family and assisting her husband in the operation of the Peck’s Lake resort.

A self-taught artist, painting in oil, watercolor, pastel and acrylic, she exhibited in the Congregational Church Art Show from the late 1950’s until the 2010’s. She collected antiques and exhibited at shows for many years. She belonged to the Upstate New York Postcard club and was a member and officer of the Tryon Doll club. Over the decades she organized numerous antique, postcard and doll shows. She also used her artistic talents as an accomplished doll restorer and collector.

In 1995 she was instrumental in the organization of the Peck’s Park Historical Society and Museum and worked tirelessly for several years to restore the Red Schoolhouse Museum, both at fundraising and manual labor.

She was a member of the former First United Methodist Church of Gloversville, its Board of Trustees, Administrative Board, United Methodist Women, and was Superintendent of the children’s department of the Sunday School. As a renowned self-taught cook, she organized and put on many church dinners and events.

In 1932 she earned a Senior Lifesaving Certificate and as a teenager was a volunteer swimming instructor at the YMCA and Jewish Community Center, and also the city Littauer swimming pool. She continued swimming and water exercises until the age of 100.

The family wishes to extend special thanks to Alice’s home caregivers, Indie Williams, Melissa Ten Eyck, and Tammy Hill, who treated Mom with great compassion and respect, and are considered members of the family. Special thanks also go out to all the doctors, nurses, and staff at the Nathan Littauer Hospital Emergency Department and Third Floor Unit for their loving and tender care during the last week of Alice’s life.

The family will receive relatives and friends from 2 to 4 PM on Sunday December 1 at Walrath and Stewart Funeral Home, 51 Fremont Street, Gloversville. The funeral will be conducted at the funeral home at 10 AM Monday December 2, with burial to follow at the Prospect Hill Cemetery.

Contributions in lieu of flowers may be made to the Peck’s Park Historical Society and Schoolhouse Museum at 124 Peck’s Lake Road, Gloversville, NY.

To send flowers to the family or plant a tree in memory of Alice Peck, please visit Tribute Store
Sunday
1
December

Share Your Memory of
Alice
Upload Your Memory View All Memories
Be the first to upload a memory!
Share A Memory
Send Flowers