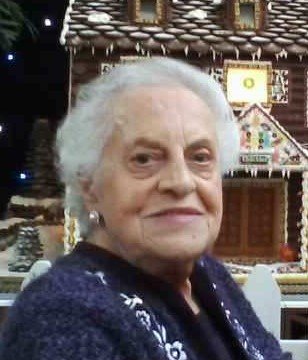 She was born on September 7, 1927 in Amsterdam to Elvira Palmiere Beman and later adopted by Fred Beman. She was raised and went to school in Gloversville , graduating in 1945. As a teenager she worked in the family record shop on Main Street in Gloversville, Beman Records. It was here that she met her husband, Robert Willard Smith, and united in marriage with him on April 10, 1948. They remained married till his death in November 2010, for 62 loving years. Their marriage was built on humor, hard work, and an undying strength. Together they had one son, Robert Fred Smith (Alyce). They had 4 granddaughters: Heidi Smith (Karen), Hillary Fitzpatrick (Derek), Jetta Hall (John), and Kendra Thiele (Joe), 3 great grandsons: John Reese (Tanya), Austin Reese (Catalina), Caspian Thiele, and 2 great granddaughters: Zoe Fitzpatrick and Paige Fitzpatrick.  She was very close to Lorraine Smith, a daughter-in-law. Family was very important to her and she would have done anything for her family.

June worked in purchasing at Nathan Littauer Hospital for several years and retired. She started her own catering business taking care of several parties including weekly dinners at the Concordia Club. She was well known for her creampuffs. She was a member at the Church of the Holy Spirit, where she would work and make food for events such as Bingo nights & Italian Festivals. She was an expert Blackjack player and set up casino bus trips to Turning Stone. She was a distinct woman who ensured that her nails and hair were always done to a tee and her home was immaculate.

For the last almost 20 years of her life June worked hard to communicate. She had a stroke which caused her speech to be poor. But she always got her point across working through her frustration. She never gave up and proved to those around her that if you have something to say speak up until it is heard.

Calling hours are from 4:00 pm to 6:00 pm on Thursday, December 5 at Walrath & Stewart Funeral Home, 51 Fremont St; Gloversville, where a Prayer Service will be held on Friday, December 6 at 10:00 am with the Rev. Matthew Wetsel officiating.

To send flowers to the family or plant a tree in memory of June Smith, please visit Tribute Store
Thursday
5
December

Share Your Memory of
June
Upload Your Memory View All Memories
Be the first to upload a memory!
Share A Memory
Send Flowers