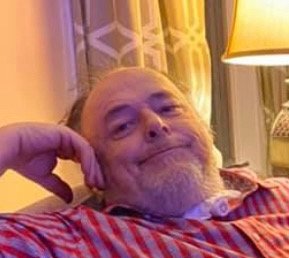 Born in Amsterdam, NY  on September 30, 1959 a son of the late Felix and Agnes Plantz Sargalis.  He was a lifelong area resident and attended Amsterdam Schools.

Victor entered the Pre-Med program at California State Funllerton Community College and received a Degree in Applied Mathematics at SUNY  Stony Brook University.     Mr. Sargalis was a pizza maker and worked for the former Crystal Bar and Restaurant in Amsterdam.  He also worked for Domino’s Pizza, the former  H and H Dairy and was a baker at Price Chopper all in Amsterdam.

He was a member of the Glove City Colonials Football Team for many years.  He also enjoyed Bingo at the Elks lodge and family dinners with his niece Hope Markes.

He was a communicant of the former St. Casimir’s R.C Church in Amsterdam where he served as an Alter Server as young man.

He was predeceased by a brother, Lawrence Sargalis and recently his sister,  Betty Ann Johnson in September of 2019.

Services are private and will be held at the convenience of the family.   Arrangements are under the direction of the Betz, Rossi & Bellinger Family Funeral Home, 171 Guy Park Ave, Amsterdam, NY 12010.

To send flowers to the family or plant a tree in memory of Victor Sargalis, please visit Tribute Store

Share Your Memory of
Victor
Upload Your Memory View All Memories
Be the first to upload a memory!
Share A Memory
Send Flowers