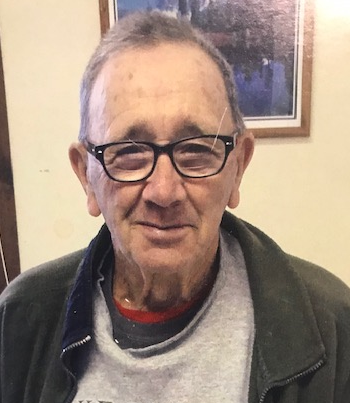 Mr. Edward Smith, 87, formerly of Center Street, Fort Plain died peacefully on Tuesday, January 21, 2020 following a long illness.  Born in Happy Hollow on March 19, 1932 he was the son of the late William and Bertha (Lasher) Smith.

A lifelong area resident, “Fast Eddie” attended school in Fort Plain.  He served proudly in the United States Army from 1952- 1960.  When he returned home, Ed worked as a carpenter for several years.  In 1967 he was appointed as Superintendent of the Fort Plain Cemetery until his retirement in 1999.  A second generation care taker, he took great pride in caring for the cemetery and the families in which it served. During the winters when the cemetery was closed, Ed worked for S&H Oil Company.  Ed was a member of the F&AM for over 60 years and was a member of the VFW and the American Legion.

On March 23, 1963 he was united in marriage to the love of his life, Iona Schrell.  Together for 34 years they shared a happy life together.  Sadly that union ended with her passing on November 19, 1997.  Ed was also predeceased by his brothers Earl, Leslie, Guy and Alvin.

A graveside service will take place on Friday, July 17, 2020 at 11a.m. in the Fort Plain Cemetery.  Relatives and friends are invited to attend.  In lieu of flowers, contributions in his memory may be made to the Fort Plain Volunteer Fire Department, P.O. Box 374, Fort Plain, NY 13339.

Arrangements have been entrusted to the care of Lenz & Betz Funeral Home, 69 Otsego Street, Canajoharie, NY 13317. Please visit the online memorial at www.brbsfuneral.com

To send flowers to the family or plant a tree in memory of Edward Smith, please visit Tribute Store
Print
Friday
17
July