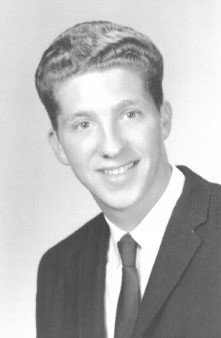 Ralph Millier Castiglione, age 69, of Gloversville, passed away peacefully Saturday, January 25, 2020, at Fulton Center Rehabilitation Center where he had resided for several months.

Ralph was born in Gloversville on March 4, 1950, the son of the late Mario “Matty” Castiglione and Rilla Jane Castiglione.

Ralph graduated in 1968 from Mayfield High School and played high school soccer. He then studied jewelry design and repair and watchmaking at the Bowman Technical School in Lancaster Pennsylvania and joined the family business “Matty the Jeweler and Son”. At Bowman, Ralph earned Diplomas in Jewelry Repairing and Stone Setting and Watchmaking and Repairing. In 1972 Ralph earned the distinction of being one of 455 certified master watchmakers in the world. Ralph also made many original custom designed jewelry pieces for his customers.

Ralph completed mechanical engineering courses at both RPI and Union College and was employed in the engineering department at Mechanical Technology Incorporated (now Plug Power) in Albany, NY.  While working there Ralph was awarded patents for inventing a miniature linear motor used to aid in night vision by jet pilots.

Ralph was a coach for the Fulton County Soccer team “Kucel Contractors”. He enjoyed boating and water skiing on the Great Sacandaga Lake and he took flying lessons at Fulton County Airport and owned a Cessna 172 airplane. Those who knew Ralph know he was an avid car and motorcycle collector.

In lieu of flowers, donations in his memory may be made to: Mayfield Volunteer Fire Department, 28 North School Street, Mayfield, NY 12117.

Arrangements have been entrusted to the Walrath & Stewart Funeral Home, 51 Fremont St, Gloversville, NY 12078. A memorial service for family and friends will be announced and held at a later date.

To send flowers to the family of Ralph Castiglione, please visit Tribute Store

Share Your Memory of
Ralph
Upload Your Memory View All Memories
Be the first to upload a memory!
Share A Memory
Send Flowers