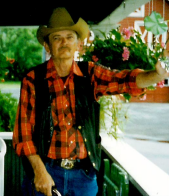 Roger Charles Ringer, 78, of Fultonville, New York, passed away peacefully on May 29, 2020 at St. Mary's Hospital. Roger was born on November 20, 1941 to Louis and Charlotte (Marshall) Ringer in Hudson, New York, he was a graduate of Hudson High School, class of 1959.

Roger worked in the graphic arts field as a pressman for over 30 years. For the last 15 years of his career, he worked for Crest Litho in Watervliet, until his retirement in 1993. Roger entered the work force during high school; he worked at the Hudson Community Theatre until he graduated. Afterwards, he became a veterinarian’s assistant in Claverack, New York where he worked with all types of animals. He moved on from the veterinary field to become sole proprietor of a kennel where he bred and raised German Shepherds in Claverack.

Roger liked to spend his time working on cars, and etching glass occasionally as a hobby.

Roger is predeceased by his parents, Louis and Charlotte Ringer, as well as by his siblings, Louis Ringer Jr. and Marion Blair.

Due to the Covid-19 Outbreak, funeral services will be held privately, at the convenience of the family. Arrangements are under the direction of the Betz, Rossi & Bellinger Family Funeral Home, 171 Guy Park Ave, Amsterdam, NY 12010.

To send flowers to the family or plant a tree in memory of Roger Ringer, please visit Tribute Store

Services will be held privately, at the convenience of the family