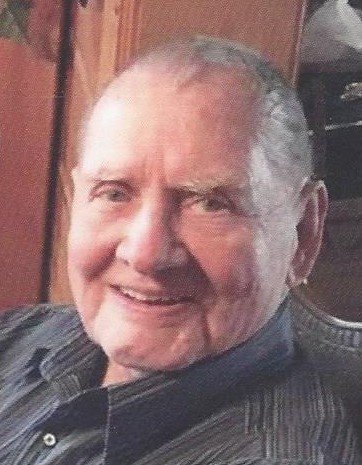 Obituary of Richard A. Handy

He was born January 8, 1932 in Gloversville, the son of the late James and Beatrice Manzer Handy. He served for four years in the US Air Force and was later employed at Pan American Tanning for many years until his retirement. He served as President of the Local #1712 ACTWU. Dick was a Fulton County Supervisor for 22 years in Johnstown until recently. He served on the Fulton County Public Safety Committee, the Gloversville Johnstown Joint Sewer Board, Office of the Aging and was a Youth Advisor.

In addition to his parents, he was predeceased by a brother, Robert J. Handy.

Due to Covid-19 regulations, a private visitation was held in June at the convenience of the family at Walrath & Stewart Funeral Home.

Family and friends are invited to attend a Celebration of Life Event on Sunday, September 13th from 1 to 6pm at the Concordia Club, 138 Concordia Club Drive, Gloversville. Military Honors for Dick will be provided by the US Air Force at 2pm.

Facial covering, social distancing and all Covid-19 Regulations will be required.

The Handy family would like to thank everyone for their assistance, support and prayers during this difficult time.

To send flowers to the family or plant a tree in memory of Richard Handy, please visit Tribute Store
Sunday
13
September