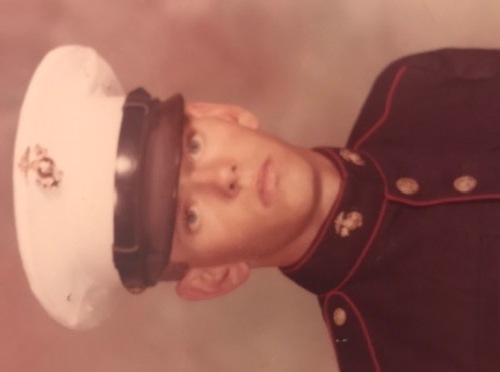 Carl T. “Woody” Woodman, 69, of Evelyn Street, Amsterdam died peacefully on Friday, June 26, 2020 at home surrounded by his family.  Born in Malone, NY on July 15, 1950 he was the son of the late Clinton and Leona King Woodman.

A proud veteran, Carl served his country during Vietnam with the United States Marines Corps. He served from 1967 until 1970.  Upon his active duty discharge his served as a reservist in the Army, Navy and lastly the Air Force stationed at Stratton Air Force Base in Scotia until his retirement from military duty in 2010.  Carl was also called back to active duty during Desert Storm.  Carl felt very strongly about his military service and was proud to serve his country.

Continuing his love of the military and his country, Carl was an active member of the Veteran’s Motorcycle Club Chapter 8 of Scotia, NY.  Recently he received his 10 year coin as a member.  This brotherhood was an important part of his life and the friendships he formed with fellow Veteran’s was something he cherished.

Carl worked for General Electric and later Knolls Atomic Laboratory as a NDT Specialist until his retirement in 2010.

He is survived by his wife, Marie A. Capodiferro Woodman whom he married on January 31, 1971; his sons, Carl Woodman II and his wife Cindy of Saratoga, NY and Clinton A. Woodman and his wife Jamie of Tribes Hill, NY; his sister, Patsy Tucker and her husband Kenneth of Caroga Lake, NY; four grandchildren, Kayla, Camden, Emily and Benjamin.

His greatest joy was his family; he was a devoted husband and a loving father.  He will be sadly missed by all who knew and loved him.

Extended family members include his brother-in-law, Michael Capodiferro and his wife Susan; a sister-in-law, Marlene Capodiferro; nieces, nephews; many friends and his brothers in the Veteran Motorcycle Club Chapter 8.

He was predeceased by his siblings, Alberta, Clinton “John”, William “Billy” and Thomas “Tommy.”

Funeral services will be private.  Burial with military honors will then take place at the Gerald B.H. Solomon Saratoga National Cemetery.   Calling hours will be held on Wednesday, July 1, 2020 from 4 until 7p.m. at the Betz, Rossi & Bellinger Family Funeral home.

Due to Covid- 19.  Social distancing protocols will be in place for all events and masks are required.

Please do not send flowers.  It is the family’s request that contributions in his memory may be made to the Veteran’s Motorcycle Club Chapter 8, 6437 Amsterdam Road, Scotia, NY 12302. Please visit the online memorial at www.brbsfuneral.com