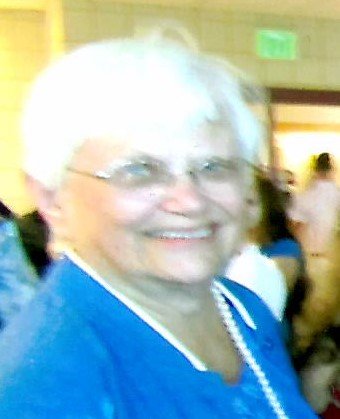 Joan S. DeWars, 74, of Fonda, New York passed away peacefully on September 21, 2020 at St. Mary’s Hospital after a brave battle with cancer. She was born on March 30, 1946 to Joseph and Anna Waleski, who predecease her.

A lifelong resident of the area, Joan graduated from Fonda-Fultonville Central School in 1964. After graduation she began her career in manufacturing, initially at a Fultonville glove company. She worked in various other factories throughout her life including Amsterdam Glove and Coleco. Joan finished her career at Sealed Air in Scotia, retiring in 2010.

On December 30, 1974 she was united in marriage to Kenneth Arthur DeWars. That union lasted over 20 years until his passing in 1995.

Joan was renowned by her family for her skills behind a sewing machine which she acquired from her mother and enhanced at the glove companies. She regularly made curtains and pillows, shortened pants, and made countless repairs for all of her family members throughout the years. She loved dogs, especially her dog BeauBeau, her plants, and having BLTs for lunch, but her greatest love was for her family. She attended her grandchildren’s football, soccer, and basketball games, proms, and graduations faithfully.

Relatives and friends are invited and may call on Friday, September 25 from 2 o’clock until 4 o’clock at the Jackson & Betz Funeral Home, 15 Main Street, Fultonville, New York. A Mass of Christian Burial will follow at 4:30 in the afternoon at Saint Cecilia’s Church, 26 Broadway, Fonda, NY with Father Christopher Welch presiding. Interment will be held privately, at the convenience of the family, at the Prospect Hill Cemetery in Gloversville. She will rest with her late husband, Kenneth.

To send flowers to the family or plant a tree in memory of Joan DeWars, please visit Tribute Store
Friday
25
September