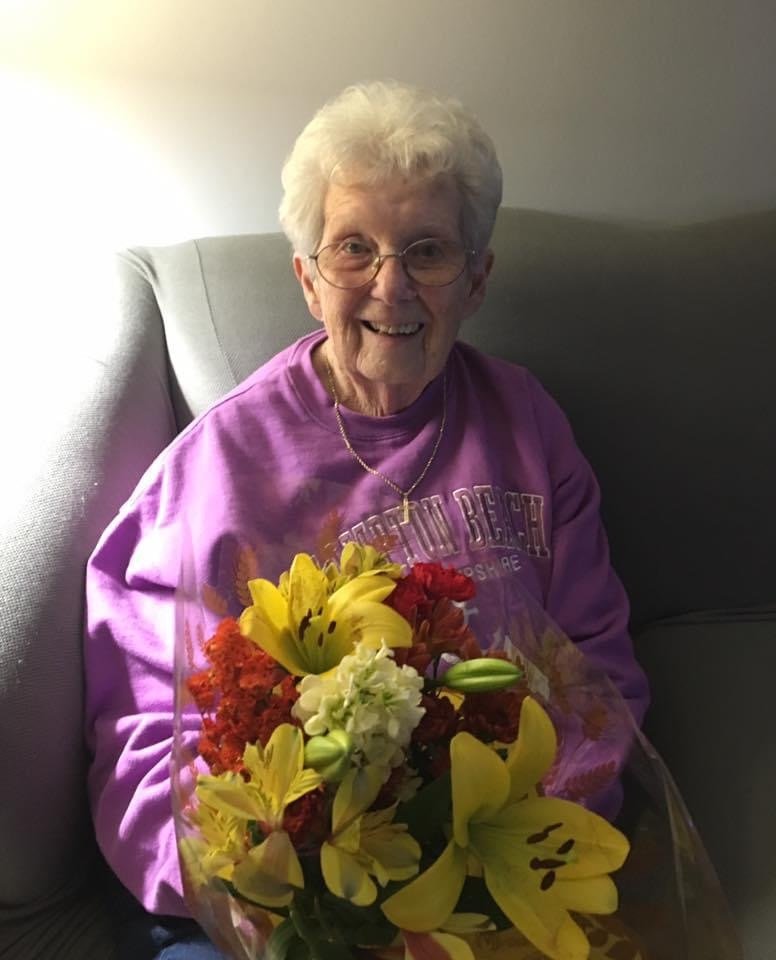 Thelma Welke Frisch,  92,, of Amsterdam,  passed away peacefully Wednesday afternoon  October 7, 2020 at Ellis Hospital in Schenectady with her  loving family at her side.

Born in Amsterdam, New York on September 30, 1928 a daughter of the late Charles and Beatrice  Welke.  She was a lifelong area resident and graduated from the former Wilbur H. Lynch High School.

Thelma worked at the former Amsterdam Savings Bank as an Account Transfer Specialist and dealt with the Federal Reserve Bank Deposits.  She retired to take care of her grandchildren.

She was an active member of the United Presbyterian Church in  Amsterdam,  the Perth and Hagaman Seniors  and the Order of the Eastern Star.   She enjoyed baking and being with her children and grandchildren and  loved knitting and made many sweaters and baby afghans.

Funeral services will be held on Tuesday October 13, 2020 at 1:00PM at the Betz, Rossi & Bellinger Family Funeral Home, 171 Guy Park Ave with Rev. Bonnie Orth presiding.    Interment will be in Fairview Cemetery, Amsterdam.   The family will receive relatives and friends on Tuesday October 13, 2020 prior to the funeral service from 11:00AM to 1:00PM at the Funeral Home.   Memorial contributions may be made in Thelma's memory to the Community Hospice Inn, 315 S. Manning Blvd., Albany, NY 12208.

To send flowers to the family or plant a tree in memory of Thelma Frisch, please visit Tribute Store
Tuesday
13
October

Share Your Memory of
Thelma
Upload Your Memory View All Memories
Be the first to upload a memory!
Share A Memory
Send Flowers