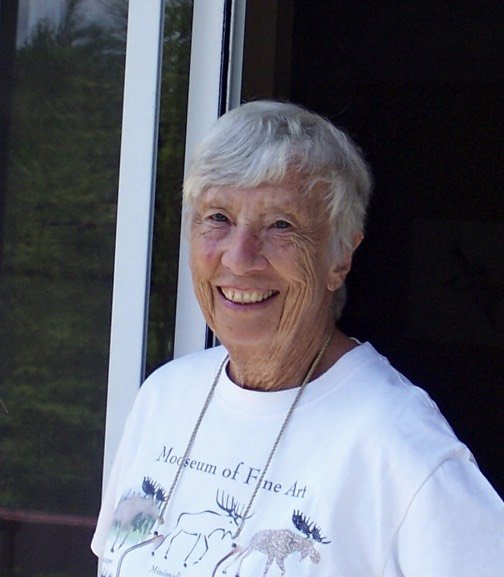 Doris “Wink” Dieffenbach, 94, of Fort Plain, New York, passed away on November 4th, 2020. Born in Brooklyn, New York on December 21, 1925, she was the daughter of Howard Winkemeier and Thelma Thompson Winkemeier, and the wife of the late LeRoy S. Dieffenbach.
Doris grew up in Ridgewood, New Jersey, graduating high school in 1943. She graduated from Lasell Jr. College, Auburndale, Massachusetts in 1945.  She was a Medical Secretary in New York City for two doctors before marrying in 1949. After marriage, she derived great joy from raising her children.
Her husband’s work with Hercules Powder Company led to living in many states across the country including Connecticut, Massachusetts, Delaware, Pennsylvania and Oregon, her favorite state for camping and other outdoor activities in The Great Northwest. She and her husband’s final move was to upstate New York.
While living in Oregon and Pennsylvania she was a member of a synchronized swimming group and taught the local children how to swim. She was also a volunteer for 15 years at the Alfred I. DuPont Hospital for children in Wilmington, Delaware. Wink was a communicant of the Episcopal Church all her life and served on the altar guild and vestry.
Predeceased by her husband LeRoy in 2001, she is survived by four children: LeRoy E. Dieffenbach (Nancy) of North Carolina and their daughter Keats; Tom R. Dieffenbach (Linda) of Idaho and their children, Cody, Hillary (Chad Hayward), and Max Dieffenbach of Washington State and his three sons, Ace, Alex and Reed; Elaine Dieffenbach Jacksland (Craig Jacksland of Fort Plain) and their daughter Samantha; Annie Dieffenbach Pflueger (Gary Pflueger) of Washington State and their sons, Paul (Jen), and Gus. She was predeceased by her older brother, Howard R. Winkemeier (Susan).
“Wink,” as she was known by her many friends, was a dedicated and loving wife, mother, grandmother and great grandmother. She was the embodiment of kindness, compassion and generosity for her family and community. She had great respect and appreciation for the natural world  A giver, Wink expected nothing in return and she did no harm to anyone or anything. Her chocolate chip cookies were the uncontested, most delicious cookies in every neighborhood in which she lived. A sun lover and avid swimmer, Wink readily invited anyone who visited her home during the summer for a swim in her pool.
Wink will be remembered for her unique, melodic voice, her positivity and faith, and her abounding love for her husband, family, friends and family dogs through the years (Derry, Missy, Holly, Molly). She cherished all her friends, from Ridgewood High days, Lake Oswego, Oregon, Colonial Farms in Avondale, Pennsylvania, and from her home in upstate New York. Her gentle and joyful spirit will live on in the memory of her family who will deeply miss her loving presence.
In lieu of flowers, contributions may be made to your local animal shelter or charity of choice. On behalf of the family there will be no services at this time.  Arrangements have been entrusted to the care of the Lenz & Betz Funeral Home, 69 Otsego Street, Canajoharie, NY 13317.  Online condolences can be made at www.brbsfuneral.com.

To send flowers to the family or plant a tree in memory of Doris Dieffenbach, please visit Tribute Store

Share Your Memory of
Doris
Upload Your Memory View All Memories
Be the first to upload a memory!
Share A Memory
Send Flowers