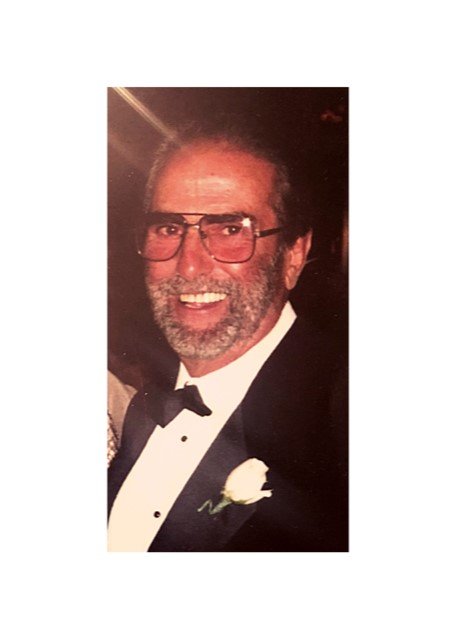 Born in Gioia Tauro, Calabria Italy, he was the son of the late Domenico and Angela DeMaria Megna. He attended the University of Messina, Italy for one year and came to the United States in 1947. He lived in the Bronx, New York and decided to enroll in Barber Hairstyling School. He had no intention of staying in The United States until he met his future wife, Josephine Ripepi and fell in love. They were united in marriage on October 25, 1954. They remained in America and were married for 56 years until her passing on July 9, 2010.

In 1954 he was drafted in the United States Army and had basic training at Fort Dix, NJ. From there he was transferred to St. Louis, Missouri and was in the 70th Combat Engineers as a Motor Transport Operator. He was then shipped overseas to Stuttgart, Germany and spent further time deployed in Salzburg, Austria and Morocco. He returned home in 1956 to his wife and 1-year old son, Dominick.

Immediately following his military service, he was employed by NY Power and Light.  Then in 1962, he opened his first hair salon. He also worked with R.A.I. Corporation Italian Radio-TV System as an Italian interpreter. He received direct news from R.A.I. and brought it to his listeners on his weekly radio show. He promoted his Italian culture and music for over 50 years—in both Fulton and Montgomery Counties. He was also in the Import Wine business and an owner of multiple hair salons.

Sal loved Italian music and was a gifted writer in his native language. He wrote songs for Italian singers that were later performed and recorded.

He was an avid soccer fan. In his younger days, he played soccer in Amsterdam on the Mohawk Mills soccer team with many other immigrants from Europe and South America. It’s safe to say he was only a fan of one kind of “football.” He wasn’t very fond of the “one on top of the other” game of American football.

Sal loved to work out and stay in shape. This was something he kept doing as late as age 90. The frequent local gym-goers certainly knew who he was. Sal also enjoyed the game of Bocci and was a member of the Amsterdam Bocci League.  He also enjoyed homemade wine and sharing a glass with whomever would like to join him. No one ever dared to say “no” when he offered. It usually wasn’t an option.

The thing he loved most of all—was spending time with his family— both here in Amsterdam and in Clearwater, FL where he spent many winters. Family was “il centro del suo mondo.” The center of his world.  He will be missed by all who knew and loved him.

A Mass of Christian Burial will be offered on Monday, November 16, 2020 at 1 o’clock at Our Lady of Mt. Carmel Roman Catholic Church. Entombment will follow in St. Michael’s Cemetery.  Relatives and friends are invited to attend.  There will be no calling hours.

In lieu of flowers, contributions in his memory may be made to Our Lady of Mt. Carmel Roman Catholic Church, 39 St. John Street, Amsterdam, NY 12010 or St. Mary’s Institute, 10 Kopernik Blvd, Amsterdam, NY 12010. Arrangements have been entrusted to the care of Betz, Rossi & Bellinger Family Funeral Home.  Please visit the online memorial at www.brbsfuneral.com

Share Your Memory of
Salvatore
Upload Your Memory View All Memories
Be the first to upload a memory!