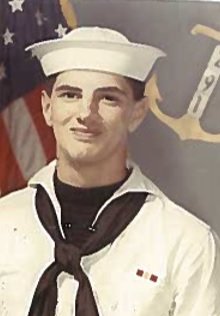 Dennis Patrick Cotter passed away unexpectedly on January 23, 2021 at Albany Medical Center. He was born on June 26, 1952 in Queens, NY, moving to Fonda in 1968. Dennis was the son of the late Robert and Mildred Cotter.  Dennis graduated from Fonda Fultonville Central School in 1970.  He served in the United States Navy on the John F. Kennedy CVA-67 from July 1970 to July 1974.  Dennis worked at the former Glen Mohawk Milk Association, Fultonville for 11 years. For the past 36 years he has been employed at Culligan of Mohawk Valley, Fultonville until the time of his death. He is of Catholic faith.

In addition to his parents, Dennis was predeceased by his sister Sharon, brother Robert and father-in-law Kenneth L. Moore.

Dennis was an exempt member of the Fultonville Volunteer Fire Department as well as a life member of Glen Mohawk VFW Post 942, Fonda.  Upon Dennis’ wishes there will be no services. Arrangements are being made by Jackson and Betz Funeral Home in Fultonville, NY.   Friends who wish to remember Dennis in a special way may donate to the Glen Mohawk VFW Post 942, PO Box 116, Fonda, NY 12068 or the Fultonville Volunteer Fire Department, 12 Erie Street, Fultonville, NY 12072.

To send flowers to the family or plant a tree in memory of Dennis Cotter, please visit Tribute Store