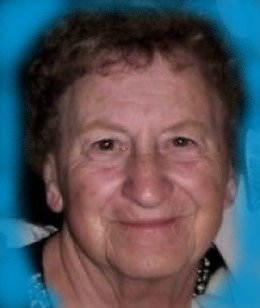 Loretta Rose (Conti) Pryor, 89, of Canajoharie, NY passed away peacefully on February 25, 2021 at the Palatine Nursing Home with her loving family by her side.  Born on March 4, 1931 in Canajoharie, NY she was the daughter of the late Henry Conti & Mary Paluzzi Conti of Supino, Italy.

Loretta received her education in Canajoharie schools, was employed at Beech-Nut Nutrition Corporation, and was employed part time at many restaurants until her retirement in 1974.  She then joined her husband in their new business.

She married the late John Vedder Pryor in 1983 after a 25-year courtship and they resided in Canajoharie for another 24 years before his passing.  Loretta is survived by her five children; Sheila (Bruce) Brust, Sandra (Terry) Prime, Richard (Cherri) Conti, Joanne (Frank) Pecora, and Diane (Michael) Boslet; eleven grandchildren and fourteen great grandchildren; her sister Catherine Putman; nieces Barbara Jean Wilder, Terry Marshall, and a nephew Michael Weegar; and many great nieces and nephews, cousins, and special friends.

Although known to many as Loretta, Laura, Lori, Gramma Hotdog, or just mom, she was well known to everyone else as the Hotdog Lady.

The popular hotdog business that started in 1972 was well known to everyone in Canajoharie and Fort Plain for many years.  Starting the business as JVP’s Hotdogs, it became Loretta’s Hotdogs after the passing of John in 2007.  Loretta was best known for her famous homemade meat sauce.  Many have asked for her recipe but she knew that was one of the secrets to the success of her business and kept it a secret.  Here is a secret that not many knew.  One of the ingredients in the meat sauce is onions.  Loretta didn’t like onions, so, she has NEVER tasted her own famous meat sauce.  For Loretta, this wasn’t a job, it was her life.  She had numerous friends that would stop to see her daily and spend hours visiting with her.  Even though she has been retired from serving the community for years, she will surely be missed by many.

When she wasn’t working, you could usually find her playing cards with her friends or at a casino. This was her second passion in life, her relaxing time, her pay for her hard work.  She never played to win, she just wanted to play.

A Mass of Christian Burial will be offered on Friday, May 14, 2021 at 11a.m. at Our Lady of Hope Roman Catholic Church, 115 Reid Street, Fort Plain, NY 1339. Burial will follow in St. Peter’s & Paul’s Cemetery, Canajoharie. Relatives and friends are invited to attend.

In lieu of flowers, contributions in her memory may be made to Our Lady of Hope Roman Catholic Church, 115 Reid Street, Fort Plain, NY 13339.

Arrangements have been entrusted the care of Lenz & Betz Funeral Home.  Please visit the online memorial at www.brbsfuneral.com

To send flowers to the family or plant a tree in memory of Loretta Pryor, please visit Tribute Store
Print
Friday
14
May