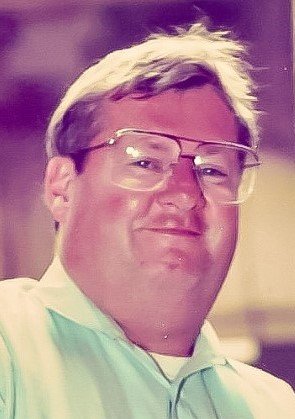 Thomas J. Myles, 76, of Tribes Hill, passed away at home after a long-term illness, surrounded by his loving family. Thomas was born in New York City on November 14, 1944 to the late William and Jane (Willis) Myles. He was united in marriage to Barbara Cullen on July 19, 1969.

Thomas graduated from Pine Bush High School in 1963. After graduating from High School, he went on to earn his Associate’s Degree at Orange County Community College, then transferred to the State University of New York at New Paltz to study Political Science. After graduating, Thomas worked as a Waiter at the Barnsider Restaurant in Albany, working nights while he began his career in politics; through the years he served as Assistant to the Speaker of the House in the New York State Assembly, he served as the Private Industry Council Chairman for ten years, where he earned a personal note of thanks from President Ronald Reagan, he ran for United States Congress in 1976, and served two terms as Chairman of the Board of Trustees at Fulton-Montgomery Community College. He also served in the Army National Guard for six years.

Outside of his political career, Thomas was a successful businessman. He began his career as a Salesman with Keymark Corporation in Fonda, where he worked his way up and became the Vice President and General Manager. Thomas later worked for Valspar Corporation, based in Garland, Texas. He served as a Manufacturer’s Representative, covering the East Coast, Europe, and Asia. Due to the area he covered Thomas traveled the world, and always gave his family the opportunity to see it with him.

More than anything, Thomas was a loving father and husband. He enjoyed watching his children compete in sporting events, taking the whole family out to dinners, and on wonderful vacations. He loved to throw legendary, and often impromptu, parties for his family and friends, and was well known for his great sense of humor, immense generosity, and appreciation of a good cigar. He was also known for his collection of flashlights - just in case anyone should need one in the event of an emergency! One thing Thomas was not known for was being idle; whenever he had time he would be outdoors, mowing the lawn, trimming branches with his trusty chainsaw, or taking his convertible 1967 Camaro for a spin. He was also an avid photographer, taking photos that could rival professionals’ at weddings and sporting events, and gifting the developed photos of the events to his subjects.

Aside from his parents, William and Jane, Thomas is preceded in death by his brother, William Myles.

The Myles family would like to extend a special thanks to his caregivers over the last several years, Lynn Rienhart and Felicia Brown.

Relatives and friends are invited and may call on Wednesday, March 10, 2021 from 5:00 until 7:00 in the evening in the chapel of Jackson & Betz Funeral Home, 15 Main Street, Fultonville, New York. With everyone’s health and NY regulations in mind, the number of visitors will be monitored. Mourners will be asked to be patient and must prepare to wait outside the building . Visitors will be cycled through while practicing social distancing so that all may have the chance to pay their respects. Masks are required. Seating will be limited to immediate family.  Please remember, the sick, elderly and those with compromised health, should avoid public settings.  A Mass of Christian Burial will be held on Thursday, March 11, 2021 at 11:30 in the morning at the Historic St. Mary's Roman Catholic Church, 156 East Main Street, Amsterdam with Father Jeffrey L’Arche presiding. Interment will follow at St. Mary’s Cemetery in Fort Johnson. Memorial contributions may be made in his memory to the Parkinson's Foundation, 200 SE 1st Street, Suite 800, Miami, FL 33131, or at parkinson.org

To send flowers to the family or plant a tree in memory of Thomas Myles, please visit Tribute Store
Print
Wednesday
10
March