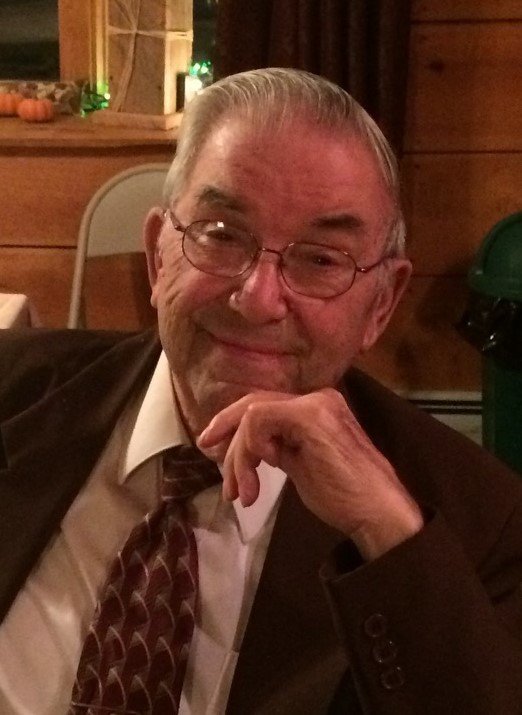 Mr. John Joseph Miller Sr., of Amsterdam, passed away on March 19, 2021 with his loving family by his side.

John enlisted in the U.S. Army on April 9, 1951, faithfully serving his nation during the Korean conflict before his honorable discharge on January 8, 1953.

After his service John worked at a number of local businesses including Shell's Pharmacy in Amsterdam, and General Electric. He became a Certified Kitchen Designer and worked at Mid-State Kitchens, and Millbrook Kitchens, later starting his own business; Kreative Kitchens before working for his son’s company Add Life Kitchens where he worked until his retirement in 2014.

John enjoyed hunting and fishing and had a true passion for golf. He loved documenting his and his loved ones’ lives through photography and videography. He could often be found in his basement where he spent time on his HAM Radio using Morse code to talk to people all over the world, woodworking, or building model train landscapes and towns with his grandchildren. He was an avid sports fan and loved the NY Giants. Nothing brought John more joy than spending time with his children, grandchildren, and great-grandchildren, especially on Thanksgiving and Christmas Eve.

He was united in marriage to the love of his life Miss Marie “Jeanette” DiCaprio on August 5, 1951; they remained lovingly married until her passing in 2010.

Family and friends are invited and may call on Thursday, March 25, 2021 from 4:00PM to 7:00PM at Betz, Rossi & Bellinger Funeral Home 171 Guy Park Ave, 12010.  The number of visitors will be monitored, masks are required, and seating is limited to immediate family members. Social distancing practices are required as visitors are cycled through. Your patience is appreciated. Please remember the sick, elderly and those with compromised health should avoid public settings.

To send flowers to the family or plant a tree in memory of John Miller, please visit Tribute Store
Thursday
25
March