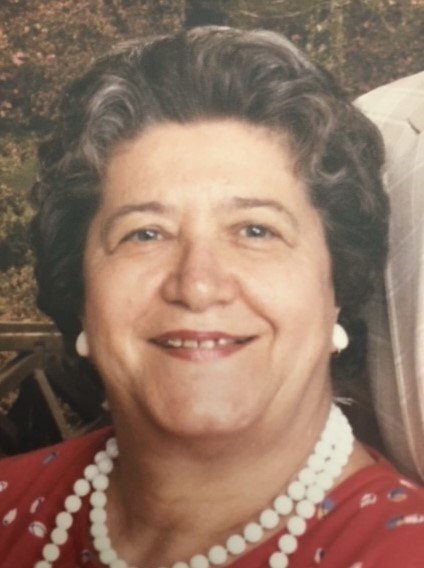 Obituary of Maria B. Cardali

Mrs. Maria B. Cardali, 94, formerly of Stewart Street, Amsterdam, died peacefully on February 26, 2021 in Macon, Georgia. Born in Sassuolo, Province Modena, Italy on March 27, 1926 she was the daughter of the late Celso and Guiseppina Prati Guidetti.

In 1950, she immigrated to the United States and became a resident of Amsterdam. Maria worked for the Chalmers’s Knitting Mills and Miller’s Clothing Store. Maria was a seamstress, a homemaker, and a devout Catholic.

On September 28, 1943 she was united in marriage to Rosario Cardali. That union was blessed with 62 years of marriage until his passing on July 20, 2005. She was also predeceased by her daughter, Rena Peconie (Bartley) on June 25, 1974 and 1990, respectively; as well as her siblings, Rena, Zita, Argia, Roberto, and Leontina.

A Mass of Christian Burial will be offered on Saturday, April, 10, 2021 at 11a.m. at Our Lady of Mt. Carmel Roman Catholic Church, 39 St. John Street, Amsterdam, NY with the Rev. O. Robert DeMartinis as celebrant.  Family and friends will gather at Betz, Rossi & Bellinger Family Funeral Home from 9:30a.m. until 10:30a.m., prior to Mass, to honor her memory.  Entombment will take place in St. Michael’s Cemetery.

In lieu of flowers, contributions in her memory may be made to St. Jude Children’s Research Hospital. Arrangements have been entrusted to the care of Betz, Rossi & Bellinger Family Funeral Home. Please visit the online memorial at www.brbsfuneral.com

To send flowers to the family or plant a tree in memory of Maria Cardali, please visit Tribute Store
Saturday
10
April