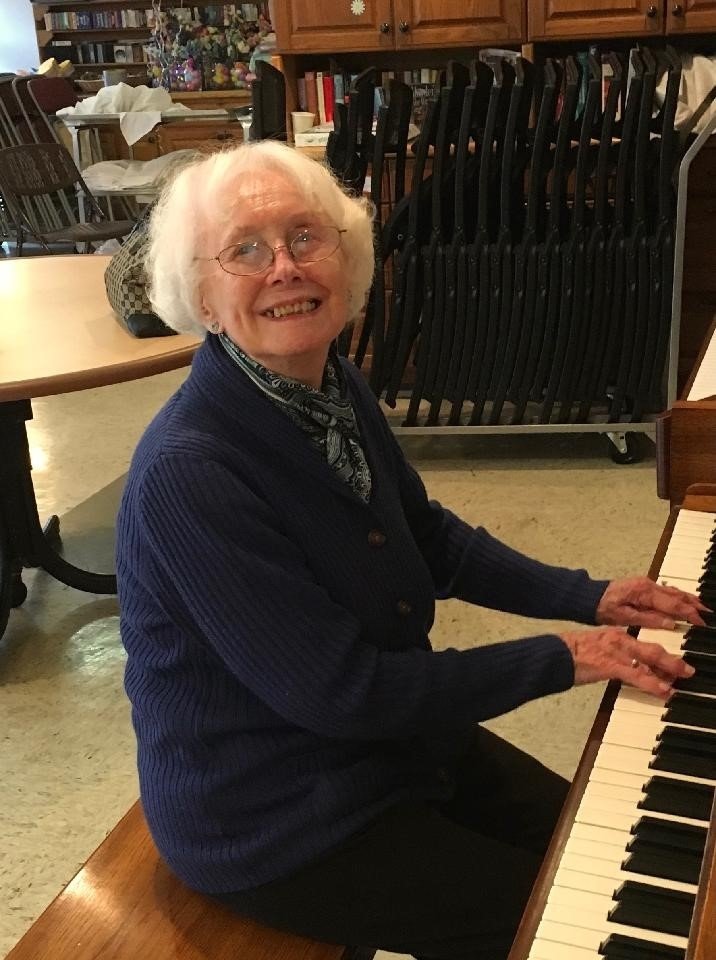 Constance (Connie) Shepard died peacefully on July 15, 2021 at the age of 96, surrounded by the love of her family.  Connie was born on April 20, 1925 in Johnstown, New York to James Trumbull and Lillian Filmer Trumbull.  She graduated from Johnstown High School in 1942 and went on to study at the prestigious Crane School of Music at SUNY Potsdam.  She later graduated with her teaching degree from SUNY at Oneonta.  Connie married Robert E. Shepard of Gloversville and the couple raised two children, Mark and Lynn.  Early in her marriage she became a member of the Handy Dandy Club of Gloversville and was active in the club for over 50 years.  She also participated in 4-H activities and was a member of the Ensemble Club for local musicians. She was a member of North Main Street Methodist Church.

Connie taught 2nd Grade at Mt. Carmel School in Gloversville for many years.  She later moved to Connecticut to teach at the esteemed  private schools,  Landmark Academy in Wilton and at Plumfield School in Darien.  She was well known in all of her teaching positions as an advocate of the arts – predominantly in her beloved music.  She routinely organized pageants and musical programs wherever she taught.

In 1988 she returned to Gloversville to help her mom who was suffering from cancer.  After the deaths of both her mom and her dad, she moved to their Summit View cottage, a place she dearly loved.  She was very proud of her beautiful gardens and made sure all the birds in her neighborhood were well fed.  Until her retirement, well into her 70’s she was a counselor at the Liberty ARC facility in Amsterdam, NY.

Connie loved to travel and enjoyed trips to London, Rome, Paris and various Caribbean islands.  She also visited her daughter in Shanghai, China and was very proud of walking the Great Wall in Beijing and sampling spicy jellyfish.

She was an accomplished pianist and at the urging of her dear friend ‘Doc’ Crandall became the pianist for a weekly singalong group that performed each week at the Extended Care Facility of Nathan Littauer Hospital.  She also volunteered each year in local elections and participated in various art classes in the area.

A private graveside service will be held at a later date.  In lieu of flowers, memorial contributions may be made in loving memory to the Extended Care Facility of Nathan Littauer Hospital, Gloversville, New York.

Online condolences may be left for Connie’s family at brbsfuneral.com

To send flowers to the family or plant a tree in memory of Constance Shepard, please visit Tribute Store
Monday
2
August

Share Your Memory of
Constance
Upload Your Memory View All Memories
Be the first to upload a memory!
Share A Memory
Send Flowers