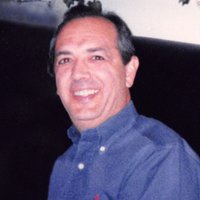 Peter attended Wilbur Lynch High School. In 1969, Peter graduated from Nathaniel Hawthorne College in Antrim, New Hampshire, where he was a founding member of the MAG fraternity.

After graduation, Peter became a history teacher before pursuing a career in the financial industry. In 1981, his career path took him to Atlanta, Georgia, where he held various senior level management positions with American Express. Peter moved on to Vice President positions at both Citicorp Credit Services, Equifax Risk Management Services and RMA. In 2002, Peter joined Convergent Resources Inc. and became President and CEO.

In 2008, Peter semi-retired to Delray Beach, FL where he continued consulting for numerous risk management companies.

Throughout his entire career, Peter’s greatest passion was business mentoring. During his prolonged illness, his family received over 100 stories from former colleagues describing how Peter helped them shape their careers. His family is proud that Peter lives on through his mentor-ships.

Peter served as President of his HOA in Delray Beach and was a member of The National Corvette Restoration Society.

Family and friends are invited to attend a Memorial Mass in Peter’s honor on Saturday, August 21, 2021 at 11 o’clock in the morning at Our Lady of Mount Carmel Church, 39 St. John Street, Amsterdam, New York. A graveside service will follow at St. Michael the Archangel Cemetery. In lieu of flowers, the family is requesting donations to the Roswell Park Alliance Foundation. In the check memo, please write “In memory of Peter Picciocca". Send contributions to P.O. Box 631, Buffalo, NY 14240.

To send flowers to the family or plant a tree in memory of Peter Picciocca, please visit Tribute Store
Saturday
21
August

Share Your Memory of
Peter
Upload Your Memory View All Memories
Be the first to upload a memory!
Share A Memory
Send Flowers