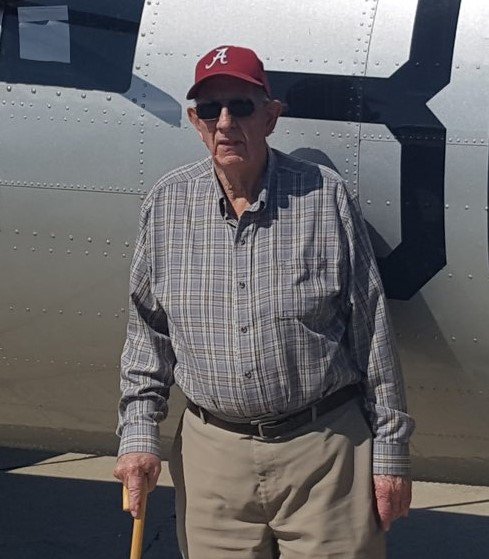 Mr. Russell Edward Ford, age 90, of Mayfield, New York, died August 9, 2021 surrounded by his loved ones under the care of the Wilkinson Nursing facility.

He was born September 18, 1930 in Gloversville, New York, the son of Earl Shaw Ford and Lula Permelia (Edwards) Ford. Russell attended the Gloversville High School, and later enlisted in the US Army. After his service, Russell was employed as machinist at Curtis and Hebert's, before going on to start his own company, Ford Sales and Service, selling outdoor equipment.

In Russell’s personal time he enjoyed going to local fairs, going out to dinner, and travelling in general. At home he enjoyed model railroading and woodworking. He was a talented craftsman and handy man, even building his own home in 1955 with the help of family and friends.

He was predeceased by his parents; his beloved wife, Patricia Marian (Zimmerman) Ford; and his sister Eleanor Jane Ford-Armstrong.

Graveside services will be held privately at the Mayfield Cemetery at the convenience of the family.

Russell’s family asks that memorial contributions may be made in his memory to either the James A. Brennan Memorial Humane Society 437 Nine Mile Tree Rd. Gloversville, NY 12078, G.A.V.A.C. P.O. Box 11 Amsterdam, NY 12010, and especially to the American Red Cross/ Northeastern New York Chapter 33 Everett Road Albany, NY 12205, where they request you give a gift of blood instead of money, as your donation can be used to save a life.

The staff of Walrath and Stewart is honored to be assisting the Ford family during this difficult time.

To send flowers to the family or plant a tree in memory of Russell Ford, please visit Tribute Store

Share Your Memory of
Russell
Upload Your Memory View All Memories
Be the first to upload a memory!
Share A Memory
Send Flowers