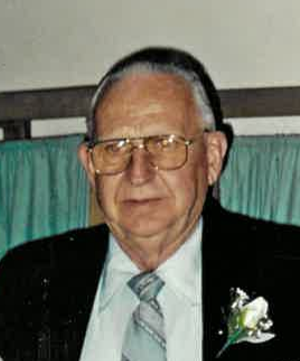 Early in Dick’s career, he worked at Mohawk Carpet Mills in Amsterdam. When he moved to Fultonville with Erma, Dick began working as a truck driver for local dairies, primarily the Glen Mohawk Milk Association in Fultonville. When he later began driving trucks for various construction firms, Dick picked up the trade.

After his retirement from the trucking industry in 1992, Dick would work on sites with Bob Freeman Construction in Fultonville to keep himself busy. His other hobbies included playing cards, attending local Bingo nights, and visiting Flea Markets. Dick and Erma spent their winters in Florida from the 1970 until her passing in 2010.

Funeral services will be conducted on Friday September 3, 2021 at 12 noon at the Betz, Rossi & Bellinger Family Funeral Home, 171 Guy Park Avenue, Amsterdam, NY 12010 with Fr. Christopher Welch presiding. Interment will follow at the Fairview Cemetery, Amsterdam, New York where he will be laid to rest next to his late wife Erma. Relatives and friends are invited and may call on Friday September 3, 2021 from 10am to 12pm prior to the funeral services. Masks are required at the funeral home.

In lieu of flowers contributions in memory of Dick may be made to St. Jude Children's Research Hospital, 501 St. Jude Place, Memphis, TN 38105.

To send flowers to the family or plant a tree in memory of Richard "Dick" Schulz, please visit Tribute Store
Friday
3
September

Share Your Memory of
Richard "Dick"
Upload Your Memory View All Memories
Be the first to upload a memory!
Share A Memory
Send Flowers