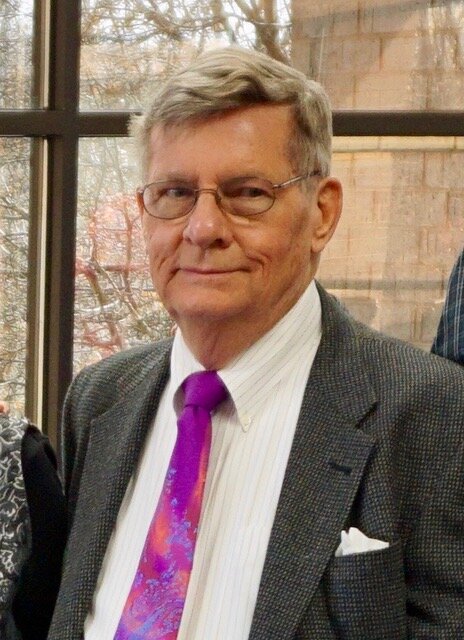 David graduated with honors in 1957 from Wilbur H Lynch High School, Amsterdam, New York. He received his Bachelor of Science degree from Harpur College (now SUNY Binghamton) in 1961. He went on for his Masters of Science in Political Science as a teaching fellow at Case Western Reserve College in Cleveland, Ohio. After earning his Masters, he went to work for the City of Cleveland as a Budget Analyst. For the rest of his career, he worked for Cuyahoga County in Ohio, where he was a Contract Analyst for the Department of Mental Health.

Although he spent his entire working career in Ohio, to him, the family farm on the banks of the Schoharie River in Burtonsville, New York was his home. High school reunions and summer operas at Cooperstown were often the highlights of his year.

Always interested in political science and elections, he had extensive notes and literature filed on every primary and general election since his first vote in 1961. Before every election and primary, he canvassed his neighborhood for his candidates and his party. He was also heavily involved in human rights and social justice causes.

A talented and prolific photographer, and always using film over digital, David was the official family historian, documenting nearly all events of family and friends.  Among his favorite subjects were his 16 nieces and nephews.  Other photographic collections included classic cars and the natural beauty of New York State and Ohio.

David was an enthusiastic collector of automobile literature and most of his extensive collection is now housed in the Antique Automobile Club of America Library & Research Center, Hershey, Pennsylvania, where it will be used as reference material. He was also an historian and avid collector of historical postcards and reference books on Cleveland, Ohio, Amsterdam and Burtonsville, New York.

David moved to Chandler Hall, a senior living residence in Newtown, Pennsylvania, two years prior to his death, after having lived in Cleveland for over 50 years.

On April 17, 2021, a family burial service was held at the Esperance Cemetery, a peaceful and beautiful spot overlooking the Schoharie River, not far from his family farm. A “Celebration of his Life” will be held in Amsterdam, New York in October.

To honor David’s memory, you may donate to his lifelong cause of equal rights for all by donating to:  Human Rights Watch, 350 Fifth Avenue, 34th Floor, New York, NY 10118-3299, https://www.hrw.org, or donate to one of the museums or libraries housing David’s collections.

To send flowers to the family or plant a tree in memory of David Currie, please visit Tribute Store