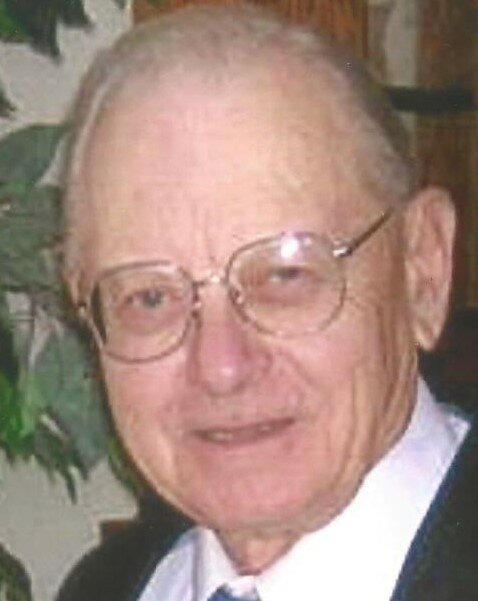 He was born Dec. 4, 1924, in Johnstown and lived in Fulton and Montgomery counties for most of his life. He was the son of Frank and Amy Fonda, attended Johnstown schools and served in the Army in 1946 and 1947, working in the Signal Corps.

He married the love of his life, Estella R. Fonda, on April 19, 1953, and they enjoyed 68 precious years together.

Mr. Fonda worked on his parents’ dairy farm in Glen before it was sold in the early 1960s. He eventually moved his family into a house he built in the town of Johnstown and lived there from the late 1960s until earlier this year, when he and his wife moved to Altamont.

Mr. Fonda also worked as a welder for General Electric in Schenectady and later as a printer for the Amsterdam Recorder newspaper, Amsterdam Printing and the Leader-Herald newspaper in Gloversville, from which he retired in the 1980s. After retirement, he again worked for Amsterdam Printing part-time for a brief period.

Mr. Fonda was a man of many skills. In addition to his knowledge of dairy farming, welding and printing, he had studied electronics, operated a real estate business with his wife in the 1980s and 1990s, repaired his own vehicles and heavy machinery, and was a talented carpenter. As a younger man, he had a side business with a friend working as a handyman and carpenter. He also served as treasurer of a printers union when he worked as a commercial printer for the Leader-Herald.

Mr. Fonda had a strong understanding of history and politics. He always kept up with local, national and world news, even during his final days. He was a fountain of knowledge and made decisions carefully. His family often turned to him for advice.

Most importantly, he showed everyone kindness and compassion. He was a devoted family man and cherished the time he spent with his wife, children, grandchildren and other relatives.

Mr. Fonda is survived by his wife, Estella; his son Richard Jr. of Johnstown; his daughter, Sharon Preston and her husband, Robert, of Altamont; his son Timothy and his wife, Amy, of Gloversville; his sister Frances Winkler of Fonda; his grandchildren Melissa Renzi and husband Michael, Erica Mayne and husband Eric, Joshua Fonda, Kyle Fonda and Caitlyn Fonda; his great-grandchildren Sophia Renzi, Lucas Mayne and Ryan Mayne; and numerous nieces and nephews.

Mr. Fonda was predeceased by his infant son, Michael James Fonda, and a sister, Bessie Ingersoll.

To send flowers to the family or plant a tree in memory of Richard Fonda, please visit Tribute Store
Thursday
16
September