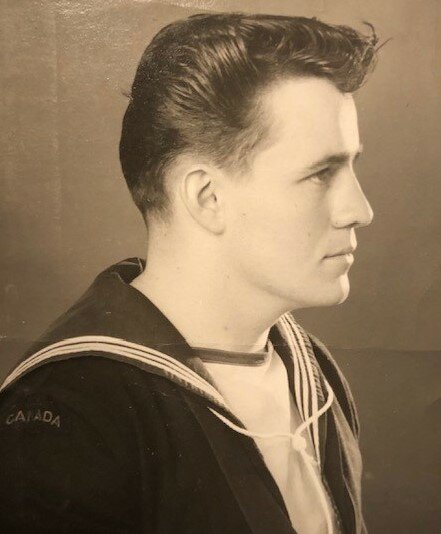 Mike is originally from Toronto, Canada, and served in the Royal Canadian Navy. While he was stationed on the HMCS Lauzon in the port of Montreal he met his wife Cena. After serving in the navy Mike worked for Canada Air on CF104 Canadian Fighter Aircrafts, shortly after Mike and Cena emigrated from Canada to California in search of the American Dream. He found that dream and was one of the most patriotic men you would ever meet.

Mike got his start in the telephone industry in California and after living in several states they made Gloversville, NY their home and he retired from Frontier Communications in Johnstown, NY.  During his time at the phone company, he was an active member of the Kiwanis and volunteered at the Salvation Army.

Mike was a man of his word, quick to smile, wanted everyone to get along, and never prejudged those he came into contact with. But nothing was more important to Mike than spending time with his family.  From coaching little league to endless trips to Canada for holidays, and family vacations Mike made sure that he was always there and never missed an event.  His pride for his grandchildren was overwhelming and he attended every ice hockey, gymnastics, soccer, baseball, dance, and school recital event that he could. He was so proud of his grandchildren the walls in his den are covered with just their photos.

Share Your Memory of
Michael
Upload Your Memory View All Memories
Be the first to upload a memory!
Share A Memory