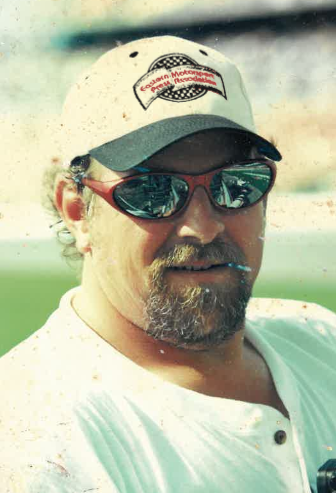 Mr. David "Dave" Dalesandro, 68, of Amsterdam passed away on Tuesday, September 14, 2021 at home with his loving wife by his side.

He was born July 8, 1953 to the late Mr. Frank Dalesandro and Mrs. Joan DiScenza Dalesandro of Amsterdam.

Dave grew up in Amsterdam, graduating from Wilbur H. Lynch High School the class of 1971. He was united in marriage to Miss Eileen Fitzgerald on July 1, 1978. The couple temporarily relocated to Rhode Island where Dave worked for General Dynamics. They returned to Clifton Park in 1980 to be closer to family, then returned to Amsterdam in 2010.

Dave spent many years working in the construction field. After a brief retirement he found his passion as a bus driver for Saratoga Bridges working with people with special needs.

Dave was exceptionally talented in photography, especially racing photography, covering both local and national races. He won numerous awards from EMPA, NMPA, and recently received the distinction of placing his photo of Derek Jeter's 3,000th hit in the Cooperstown Hall of Fame.

A Service of Remembrance will take place later in the fall.

In lieu of flowers donations may be made to the Montgomery County SPCA PO Box 484 Amsterdam, NY 12010.

To send flowers to the family or plant a tree in memory of Dave Dalesandro, please visit Tribute Store